According to Police Chief Greg Suhr in San Francisco, more thieves are turning to cellphone robbery as a less risky alternative to low-level drug dealing. It appears that thieves are also learning “the value of collaboration”, making things even more difficult for public and the police, The SF Examiner reports. 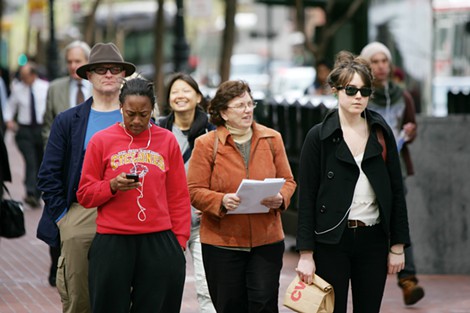 The report details that cellphone thieves are using several different tactics like slapping a phone out of someone’s hand while he or she is talking on it, using accomplices to block victims from chasing after thieves, and even enlisting someone to do what appears to be a good deed in getting the phone back. According to Greg Suhr, a more common recent trend is that some theft accomplices pose as “good Samaritans” who return the stolen cellphones in hopes of benefiting from the grateful victims.

“In these cases, Suhr said, a thief will swipe a phone from a person and take off running. Then suddenly a crime-fighting vigilante will appear and chase down the thief and retrieve the phone. While the victim is showering this brave soul with thank-yous, the person will slyly ask for $20 or so for the effort — after all, that potentially stolen phone is much more valuable.

Police are seeing this more often as an alternative to low-level drug dealing. Even though an iPhone can be sold for at least $100 on the black market, $20 is “more than I can get for selling [crack cocaine],” said Suhr”

The Police Chief believes that a lot of criminals are switching from dealing narcotics to stealing phones because of the easy, less risky payout. “When everybody is mystified as to why narcotics arrests are down, maybe it’s because there are so many cellphone robbers,” he said.

Meanwhile, the slap, grab and run method has also become more common in the city, as it startles the victim and can thus be a more successful route for the thief to take.