Glenn A. Britt, the CEO of Time Warner Cable, reportedly said in a group interview with NY Times on Friday that that there was no simple way to get Internet-based video onto the television screen. Even though he claimed to be an enthusiastic Apple customer, he stated that he had never heard of anything called ‘AirPlay’. Looks like Time Warner boss had no clue how easy it is with Apple’s AirPlay to get Internet video from an iPad or iPhone onto a television. All it takes for a user is to press a button while watching video to stream it wirelessly to an Apple TV box connected to a TV set. 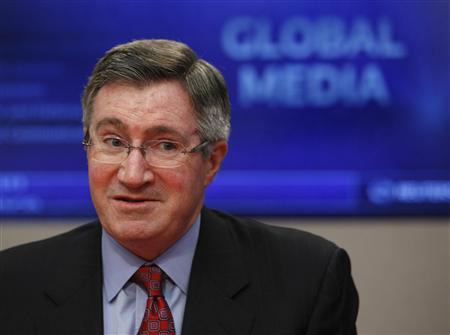 According to the source, he said:

“I’m not sure I know what AirPlay is. Today we want to be on every screen. Today it’s a little bit clunky to get programming from the Internet onto the TV — not so hard to get it on your iPad. What’s hard is the plumbing, what wires do you connect, what device do you use. So the current Apple TV, the little thing, the hockey puck, really doesn’t do anything to help enable you to get Internet material on your TV.”

When Mr. Britt  eventually learned how AirPlay works, he said that smart TVs, Internet-connected televisions that include computer chips and software, would be better than requiring an extra box (Apple TV) to view web content. “I hate set-top boxes” he added.

Amazon is holding a virtual event right now, announcing new devices this year ahead of the holiday season. The first announcement was the new Kindle Scribe, which is the company’s largest e-reader that now includes writing capabilities. Kindle Scribe has a 10.2-inch 300-ppi HD display that’s also front-lit, and the included pen “never needs charging.” […]
Gary Ng
12 mins ago

Apple has kicked VK, Russia's take on the social media network Facebook, off the App Store globally to comply with the latest tranche of British sanctions — reports The Guardian. VK, formerly known as VKontakte, said on its website that the mobile app would continue to work on smartphones it was already installed on. However,...
Nehal Malik
14 mins ago

The Canadian Radio-television and Telecommunications Commission (CRTC) wants feedback from Canadians on the proposed price increases on basic TV packages, beyond mandated price caps. The CRTC said on Wednesday the request for comments comes “in response to an application filed by a group of television service providers to increase the price cap for the basic […]
Gary Ng
54 mins ago