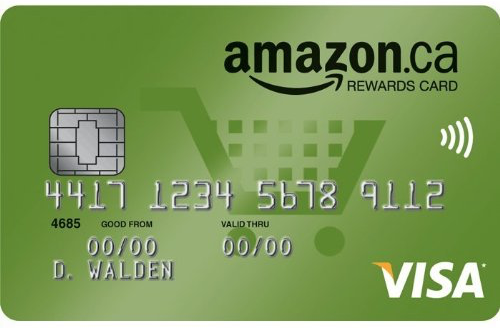 New York-based Chase Bank in the United States had a popular Amazon.ca Rewards Visa for Canadians at one point, to go with a Marriott Rewards Premier Visa.

With both cards folded in 2018 as part of the bank’s exit from the Canadian market after 13 years, Chase Bank has also decided to remove all outstanding debt with it, reports CBC News.

Cardholders told CBC News they were shocked to hear the news, with amounts owing such as $6,157 by Douglas Turner of Coe Hill, Ontario, wiped clean.

“I was sort of over the moon all last night, with a smile on my face,” said Turner, adding “I couldn’t believe it.”

Turner received a letter this week from Chase Bank explaining his debt would be forgiven, plus his recent $300 payment would be reimbursed.

The Amazon.ca Rewards Visa was a popular card as it did not charge any foreign exchange fees. Back in June, Amazon Canada launched a new Rewards Mastercard (which has temporarily stopped taking applications).

As to why Chase Bank made the generous move? Some have alluded it may have possibly been cheaper for the bank to forgive debt and get out of Canada, versus remaining here and collecting debt payments and paying Canadian workers to manage outstanding debts.

The bank told CBC News, “Ultimately, we felt it was a better decision for all parties, particularly our customers,” regarding the debt-forgiveness move, allowing a clean exit for everyone.

Did you ever get an Amazon.ca Rewards Visa?