Check Out the Latest Bargains on the Mac App Store [SALE]

The new publisher’s catalogue sale is the first of its kind on the Mac App Store. All games published by Feral Interactive will be offered at a discount of up to 75 percent (for the next week only).

“The Mac App Store is Apple’s preferred method for Mac users to purchase apps. Modeled after the App Store for iOS it’s integrated directly into the OS X and features the ability for developers to push software updates the same way Apple does with its applications. Sales like this could help introduce customers accustomed to buying software via other methods to the store.”

Here are a list of some of the games that are on sale: 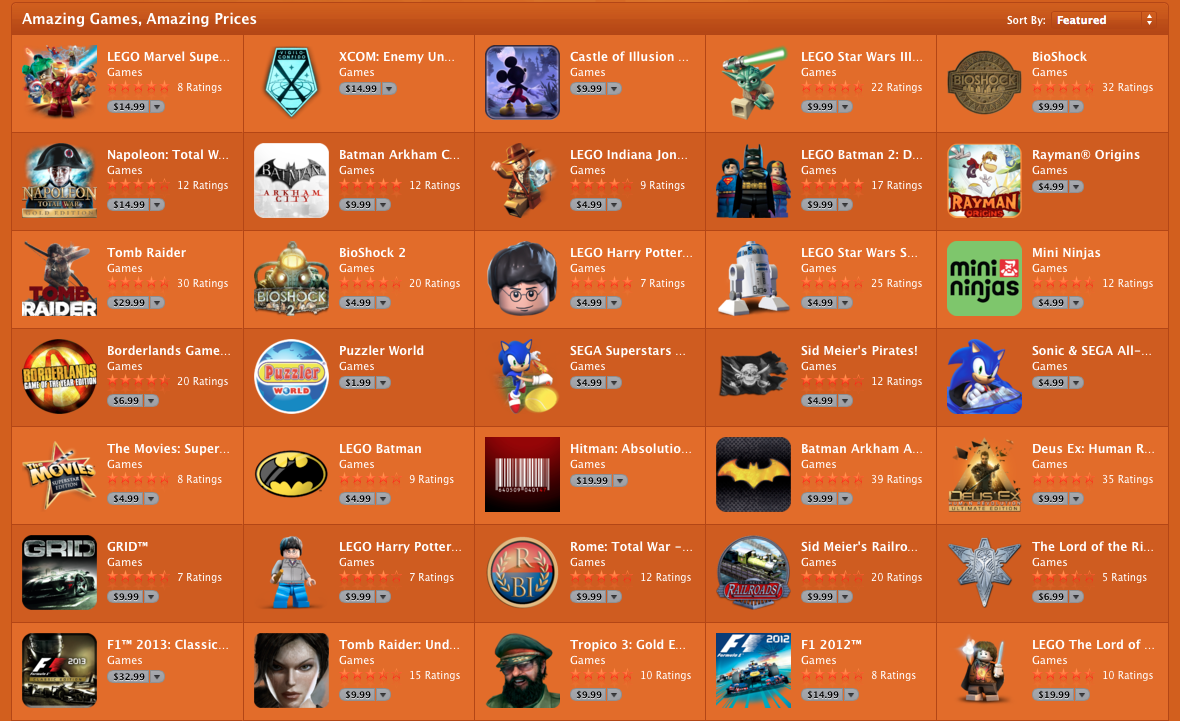 All users of the Mac App Store will be able to take advantage of the discounts starting today until the end of next Thursday. To find a complete list of games you can search for “Feral Interactive” or click the banner in the Mac App Store titled “Amazing Games, Amazing Prices”.

Let us know in the comments below if you will be jumping on any of these offers.