Check Out This Interactive iPhone 5S Running An iOS 7 Simulator

Based on recent rumours and leaks, the folks over at Recombu have created an interactive iPhone 5S and iOS 7 concept, using CSS and HTML code. The idea is to get a feel of iOS 7, ahead of Apple’s official announcement on June 10th. Users can interact with the iPhone 5 as they would with a real handset. Simply press the sleep/wake button on the top of the phone or press the Home button to begin. 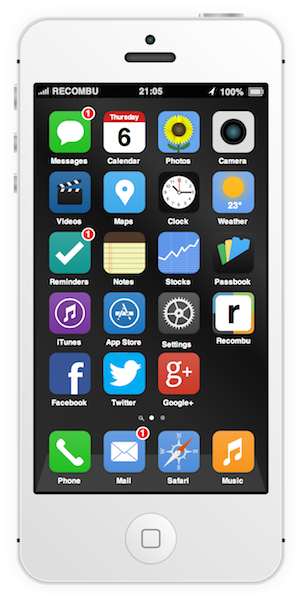 Using the iOS 7 simulator, users can browse iOS 7 app concepts and explore other features as well. Clicking the status bar shows a possible way of providing fast access to wireless settings. Also note that you can change the colours of the iPhone 5S, another speculation based on earlier rumours, suggesting the handset may be offered in several colour options like the iPod touch. Here’s a brief description of the concept:

“Skeuomorphic elements will also be taking a back-seat. For anyone not au fait with the term, skeuomorphism refers to elements imitating reality. This means we can expect the Notes app to look less like a notepad for example, instead, providing a simple, clean, text ready canvas.

This should result in a consistent feel throughout each of Apple’s proprietary apps; with a black headers and tab bars as well as colour-coded accents on buttons and details helping differentiate from one app to the next”.

Now head over to this link and try out the iPhone 5S / iOS 7 simulator for yourself. Don’t forget to share your thoughts with us!