How to Check Who Paid for Twitter Blue Verified Badge

A new browser extension lets you turn paid-for Twitter blue check mark verification badges into dollar signs, differentiating them from the ones that aren’t paid for (via Fast Company). 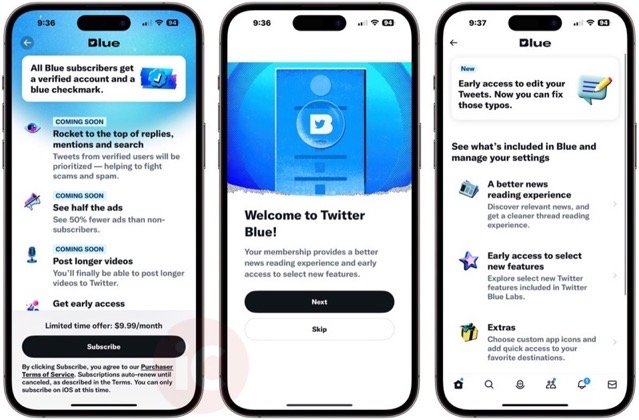 For those who aren’t aware, Twitter’s coveted ‘blue checkmark’ which was only previously available to users verified manually by the social network, is now available to all users who pay for it via the Twitter Blue subscription service.

Interestingly, it is currently possible for anyone to see if you’ve purchased your Twitter blue badge instead of previously being verified by Twitter, which is apparently considered “more authentic.”

Here’s how to see who has, and hasn’t paid for the Twitter blue badge:

Or, you can take a look at this GitHub project called “eight-dollars” which allows you to turn paid blue check marks into dollar signs via a browser extension.

The price of Twitter Blue in Canada is now $9.99 CAD (it’s $7.99 in the USA). There’s still a $6.49 per month charge for regular Twitter Blue on iOS that you’ll need to cancel, before starting the new update.