The Chinese phone market cratered in the final quarter of 2018, but iPhone sales in the country did even worse. 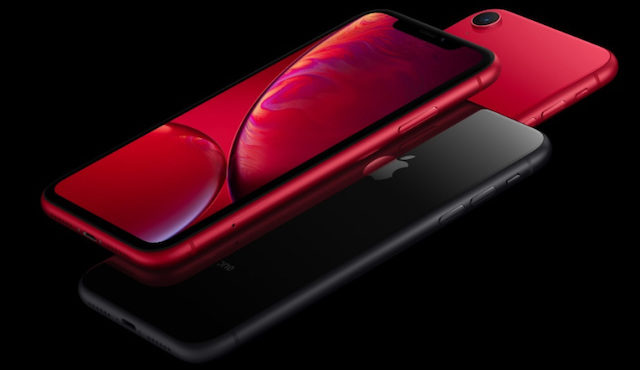 “The Chinese smartphone market is in recession and has declined for five consecutive quarters,” says Yiwen Wu, a senior analyst at Strategy Analytics. “The smartphone market is suffering from longer replacement cycles and weak consumer spending. Smartphone shipments declined 11 percent annually to hit 408.5 million during full-year 2018. The past year has been exceptionally tough and one the smartphone industry will want to forget.”

Despite the overall decline in smartphone shipments, Apple surpassed Xiaomi to become the number four smartphone vendor in China, but its iPhone sales fell short of Huawei, OPPO, and Vivo, all Chinese companies that make more affordable smartphones. 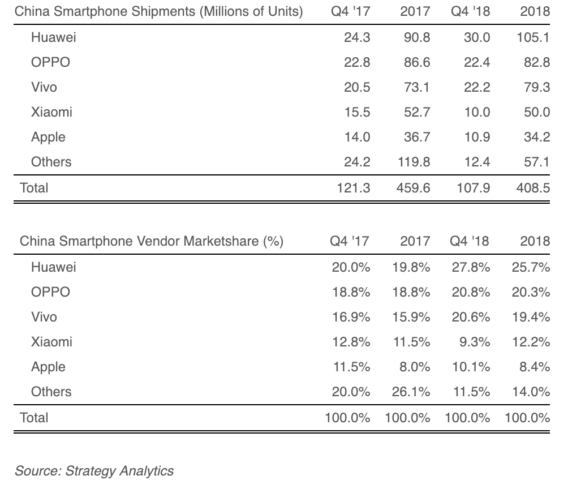 “iPhone shipments dropped 22 percent annually and this was the firm’s worst performance since early 2017,” says Linda Sui, a director at Strategy Analytics. “Apple iPhone has now fallen on a year-over-year basis in China for 8 of the past 12 quarters. Apple has been under pressure in China for the past three years. Ongoing patent battles with Qualcomm are a distraction, while Apple is being heavily criticized for its expensive retail prices.”

Apple will likely continue to see poor sales in the first quarter of 2019 and the Cupertino company has already cut the revenue guidance for Q1. Apple CEO Tim Cook earlier this month blamed the cut to weaker-than-anticipated sales as well as the ongoing trade tussle between US and China.