On Tuesday China Mobile, the world’s largest carrier by subscribers, has posted a 9.4 percent decline in first-quarter net profit. The decline in profit comes from increased competition and handset subsidies for Apple’s iPhone.

The carrier in December reached agreement with Apple to offer the iPhone after six years of negotiations. Sales of the device didn’t start at China Mobile shops until Jan. 17. China Mobile received 1 million preorders for the device before sales started, the company announced Jan. 15. 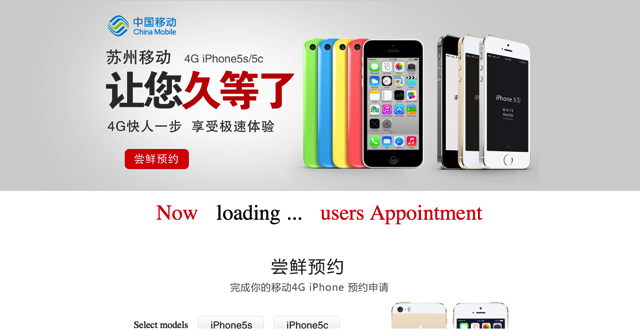 Despite being the world’s largest carrier, China Mobile continues to depend on homegrown 3G technology. To maintain its dominant position, the carrier plans to double its capital spending to $12 billion this year in order to build a faster 4G network. Apple’s iPhone, along with smartphones from Samsung, Sony, and HTC, are already compatible with the company’s new 4G standard.

China Mobile has been dominant in the Chinese mobile market for a while now, with more than 770 million subscribers. Now that the iPhone is on China Mobile, the mobile carrier’s customer base should continue to grow.