According to Calgary police, dozens of iPhones were stolen by a group of men in sunglasses and hooded sweatshirts from the Apple Store in Chinook Centre on Saturday night. The iPhones stolen were functional demo units, and are likely to show up on online retail platforms, CBC News is reporting. 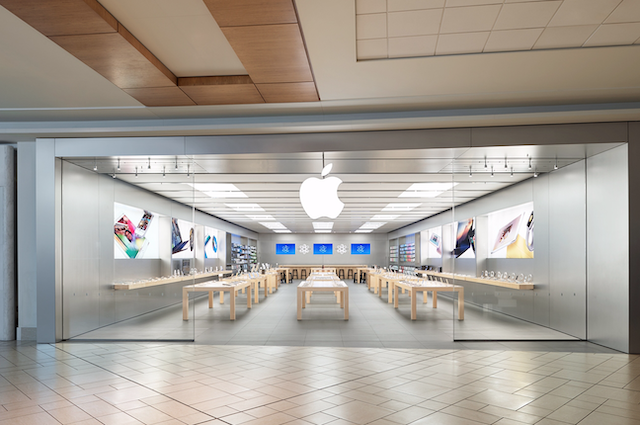 “We had seven males run into the Apple Store and steal a number of iPhones on display and quickly leave the store again,” said Paul Teworte with Calgary police.

Teworte strongly advised that all customers should verify device IMEI numbers online before purchasing any used cell phones to determine whether they are stolen or lost.

“When purchasing used cell phones, specifically those sold online through a social media platform or a buy and sell site, always ask for the [International Mobile Equipment Identity, or IMEI] number,” Teworte said.

“Oftentimes, when a potential buyer asks the seller for an IMEI number, if the phone is stolen oftentimes the seller will simply not respond,” Teworte said.

The police said that suspects were caught on surveillance video and that they are currently working to identify them.