This morning, Cineplex emailed their Connect members asking them to update their passwords, leading users to ponder if there was a hack or breach of customer data.

The email did not state a breach had occurred at the company, only to say “we want to draw your attention to recent news about thefts of user information from a number of popular online services. As a result of these incidents, a large volume of private user information, such as email addresses and passwords, has been exposed.” 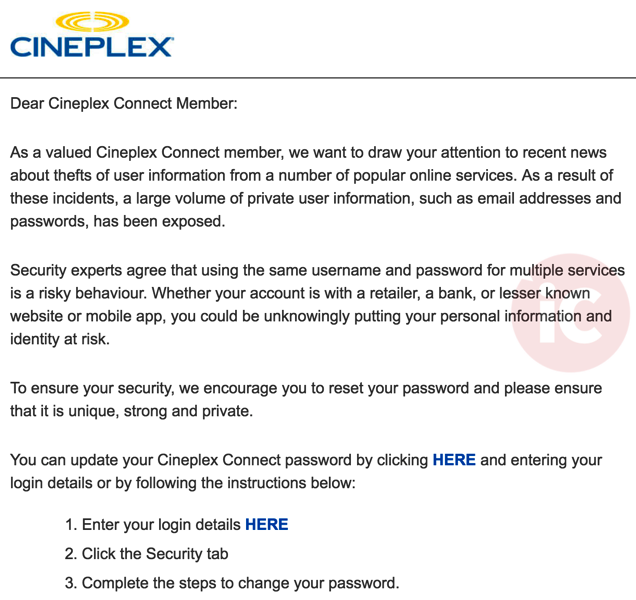 Cineplex went on to say “Security experts agree that using the same username and password for multiple services is a risky behaviour.”

Users quickly reached out to Cineplex on Twitter to ask if the email was legitimate or if a had had occurred. The company responded “This is a valid email, we are being pro-active to help our users stay secure.” 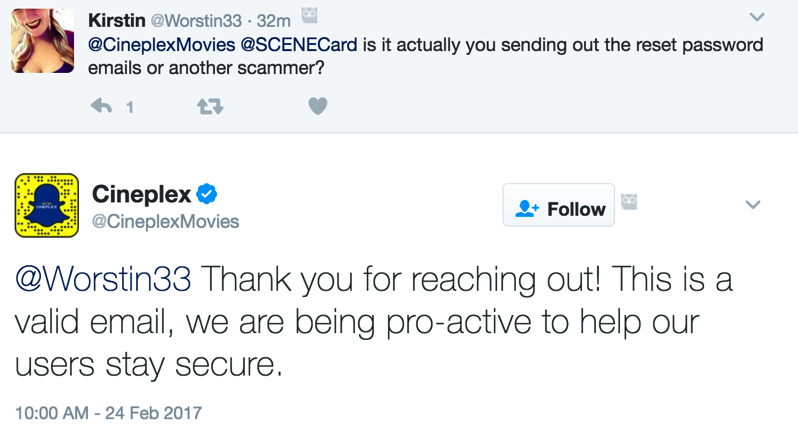 Was Cineplex hacked or breached? Doesn’t sound like it, but they want users to update their passwords anyways.

Earlier, it was reported a bug with Cloudflare had potentially exposed critical user information, but that has since been patched by the company. Also this week, we saw Loblaws reset customer passwords after a breach resulted in PC Plus points stolen from some members.