Developer Lucas Menge has created a concept of what the Apple Watch home screen interface would look like on the iPhone, taking a design concept posted by 9to5Mac last week and turning it into reality. 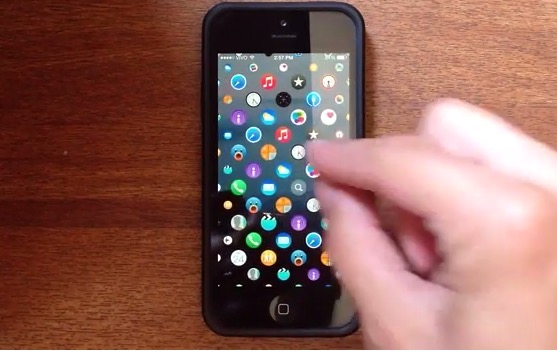 The video shows prototype code which allows manipulation and zooming in and out of icons, just like the Apple Watch interface but on the iPhone. If these little dots look small on the iPhone’s screen, I can’t imagine what they will be like on the Apple Watch.

Check out the concept below:

Menge has posted his code over at Github, which you can check out here.