A new concept shared by the folks over at iDropNews imagines the so called ‘iPhone X’ or the ‘iPhone 8’, which Apple is expected to debut later this year as a special 10th anniversary edition iPhone with OLED display along side the iPhone 7s and iPhone 7s Plus, running the company’s recently introduced iOS 11. 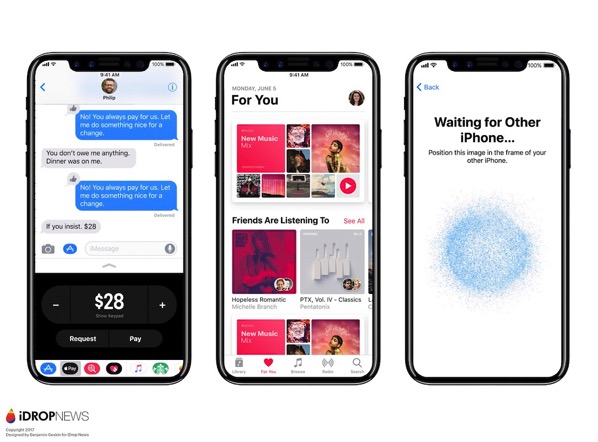 While it’s not yet known which iOS design choice Apple will implement regarding the unusual top half of the iPhone X’s display based on recent leaks, which is covered partially by the bar, the renders (shown above) suggest that iOS 11 would use the entire display ignoring the bar, to display full-size pictures, backgrounds, screensavers, apps, and more.

Another option would to black-out or white-out the portions of the display that are separated by the center bar, and use contrasting color icons for battery, signal strength, Wi-Fi strength, time etc., leaving a traditional rectangular display beneath (see below). The second option looks more seamless on iPhone X. 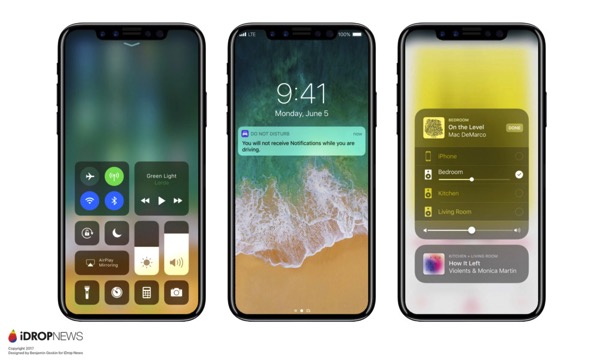 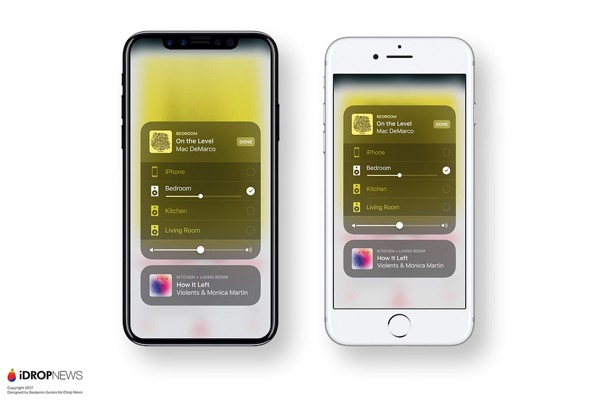 Here are some more concept renders showing an iPhone X running iOS 11. Don’t forget to share your thoughts in the comments section. 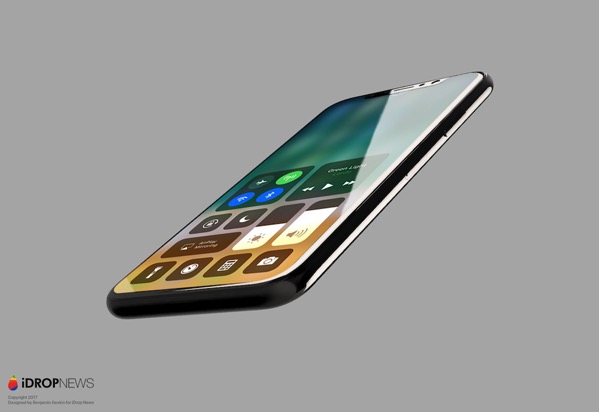 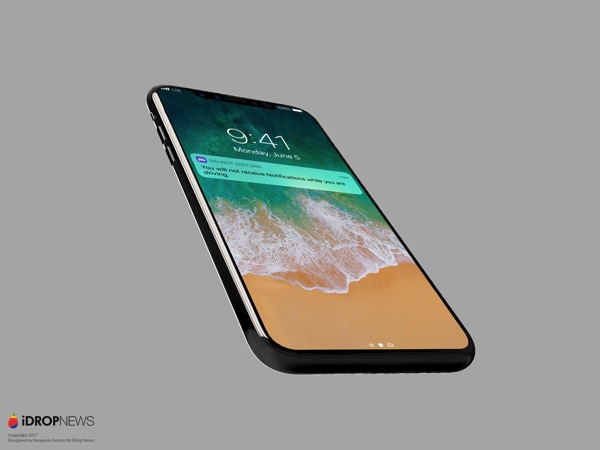 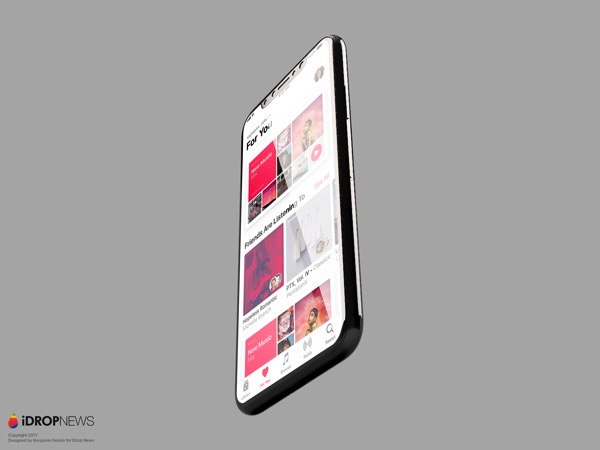 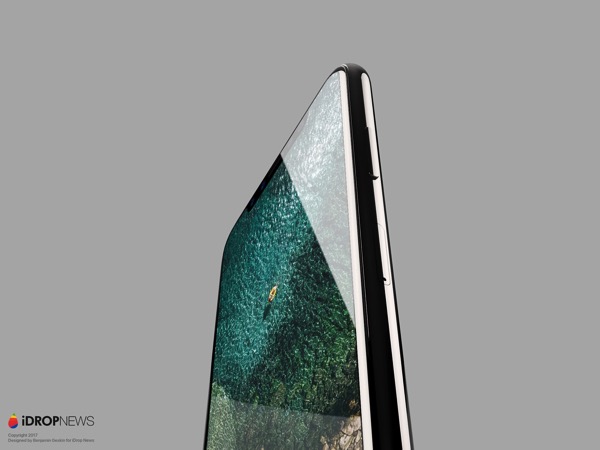