Consumer Reports has announced Apple’s latest MacBook Pro line up does not make the non-profit’s “recommended list”, due to “very inconsistent” battery life on the new computer models. 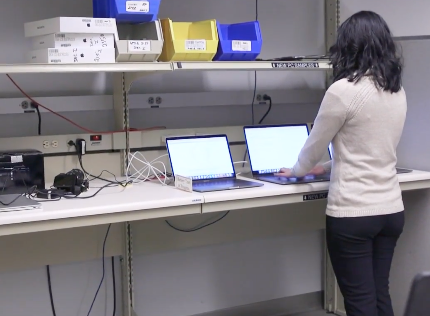 The issue at stake, says Consumer Reports, is battery life, which they said was inconsistent, ranging from 4 to 19.5 hours. They tested battery life by running web pages on repeat until the battery died using Safari and got mixed results.

Those were just a few of the results; we tested battery life on these laptops repeatedly.

Another set of tests were done using Google’s Chrome browser, which the company said “initial results were on the high end of battery life range,” and suggested trying this browser if you are having battery issues.

When they reached for comment on MacBook Pro battery life, Apple told Consumer Reports “any customer who has a question about their Mac or its operation should contact AppleCare.”

On our 13-inch MacBook Pro with Touch Bar, we’ve been getting just under 5 hours of battery life, and that’s with the latest macOS Sierra 10.12.2 update installed.

Today Apple announced its Q1 2023 earnings, reporting $117.2 billion in revenue and net income of $29.9 billion for the December quarter. Revenue was down 5% year-over-year, affected by production disruptions in China due to COVID-19. Apple CEO Tim Cook told Reuters in an interview that production disruptions are essentially over, as they “lasted through […]
Gary Ng
17 hours ago