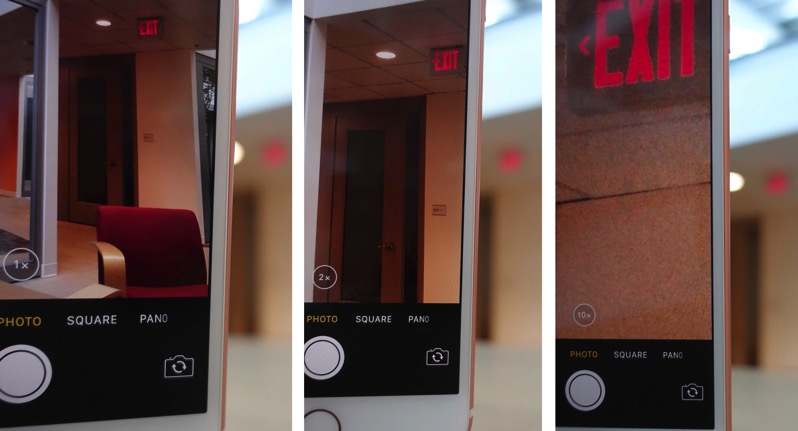 With the iPhone 7 now available in stores, Consumer Reports has taken the device into its labs to test Apple’s claims. The first feature they targeted was the camera, which Apple touted as a key selling point of the latest handsets.

Consumer Reports says it has “found [a] major leap in camera performance from the iPhone 6s models,” although they haven’t tested the phone’s video capabilities – that will be done in the next few days. And the iPhone 7 Plus’ new portrait mode will be available only later this year via a software update.

The first test results of the Consumer Reports aren’t too convincing: The camera update isn’t significant, although they do note that the image quality the iPhone 7 and 7 Plus produce is “admirable”. The most aching point: it didn’t outperform the cameras Apple used with the iPhone 6s and 6s Plus.

One thing, though: The 7 Plus’ 2× still camera (equivalent of a 56 mm lens) did produce sharper images than the 1× lenses on the iPhone 7 and iPhone 6s.

As for the Quad-LED True Tone flash, well, it may sound better than just “True Tone” flash, but it isn’t performing any better, the report suggests, so if you have an iPhone 6s and you had in mind an upgrade because of the camera, you may want to reconsider.

After taking selfies with the new handsets, Consumer Report found that those taken with the 7 Plus’ camera were sharper, so they will look further into this.