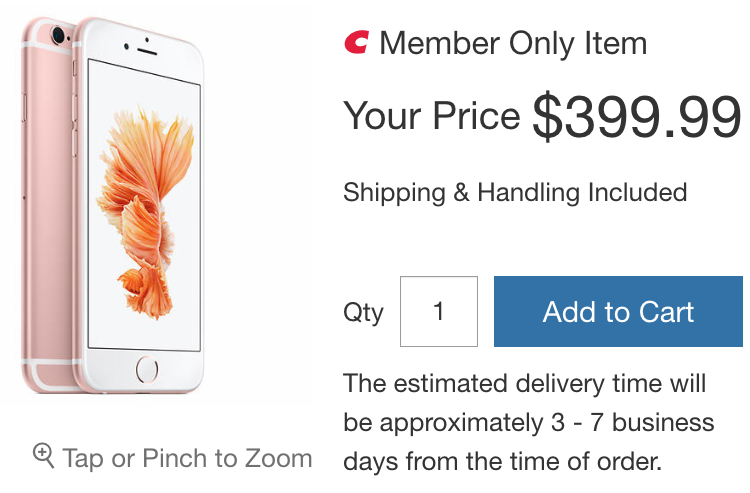 Earlier this year, Apple was selling its iPhone SE at Costco, available in-stores and online starting at $299. The iPhone SE is no longer listed online on Costco.ca.

The iPhone 6s comes with a larger 4.7-inch Retina display versus the iPhone SE and also includes 3D Touch, second-generation Touch ID, faster LTE networking, a larger battery and is powered by Apple’s aging A9 CPU from 2016. Both phones will run iOS 13 when it launches this fall.

Why buy an iPhone 6s from Costco at a premium of $399.99 when it’s selling for cheaper on used classifieds? If you’re looking for a no hassle experience and don’t want to deal with a buy and sell market, plus want the satisfaction of Costco’s return policy, buying from the warehouse giant may be for you.

It’s also worth noting carriers such as Fido are still listing the no-term retail value of the iPhone 6s as $629, so this price at Costco is still ‘cheaper’.

The Apple TV+ original series Shrinking is now available to stream in Canada. Jason Segel and Harrison Ford star in a comedic drama series centred around a therapist that decided to approach his role in a new way by taking the filter off and giving unbridled honesty and advice. Shrinking stars Segel as James Lair,...
Steve Vegvari
39 mins ago