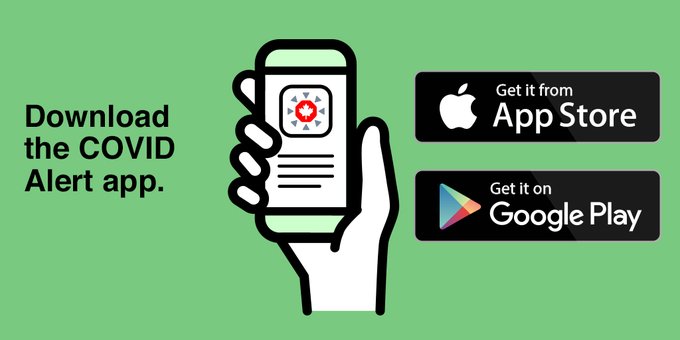 Since launching on July 31 in Ontario, Canada’s COVID Alert exposure notification app for iOS and Android is close to hitting 2 million downloads in two weeks.

According to CBC News, an Ontario government spokesperson confirmed on Wednesday the COVID Alert app was close to 1.9 million downloads, with an “overwhelming majority” coming from Ontario as expected, since the latter has been the only province to sign onto the app so far.

“We hope to see the number of downloads continue to increase across Canada as other provinces and territories connect their health-care authorities to the system,” said Alain Belle-Isle, spokesperson for the federal Treasury Board, which is tracking the downloads of COVID Alert.

With Canada’s population at 38 million, 1.9 million downloads represents five per cent of the population. There’s no data on a breakdown of downloads by province, yet. COVID Alert will still work between devices across provinces and countries, even for those that have not signed on to the program.

Oxford University scientists published research back in April suggesting a 60% population uptake of a contact tracing app would be effective in stopping the coronavirus pandemic, based on early simulations. The number has been referenced globally as a target for countries with contract-tracing apps to reach for the latter to be effective.

However, according to one of the Oxford scientists Abeler-Dörner, the most recent simulations noted effectiveness could be possible from roughly 15% uptake instead. The scientist cited an example of young people in Germany living in densely populated areas that are likely to spread the virus, but also more likely to download contact-tracing apps.

COVID Alert is based on the exposure notification framework from Apple and Google, allows for anonymous “handshakes” between devices in proximity of two metres (exposure means 15 minutes together or more), using Bluetooth in the system background, with data staying locally on devices, instead of being uploaded to a central server. The app does not track a user’s GPS location or collect any other data. If a user tests positive for COVID-19, they can get a one-time code from their health authority to input into the app to alert others, anonymously.

Critics of the exposure notification app cite a lack of compatibility for older devices, while the app also excludes groups such as vulnerable Canadians that do not own a smartphone.

Further expansion of COVID Alert is expected in early September for Newfoundland and Labrador, while Alberta is also expected to join as it has decided to abandon its locally-made app ABTraceTogether.

The federal government also plans to spend $10 million to promote the download of COVID Alert, in efforts to help track and curb COVID-19.