‘Cyberphone’ is an iPhone 11 Pro Inspired by Tesla’s Cybertruck 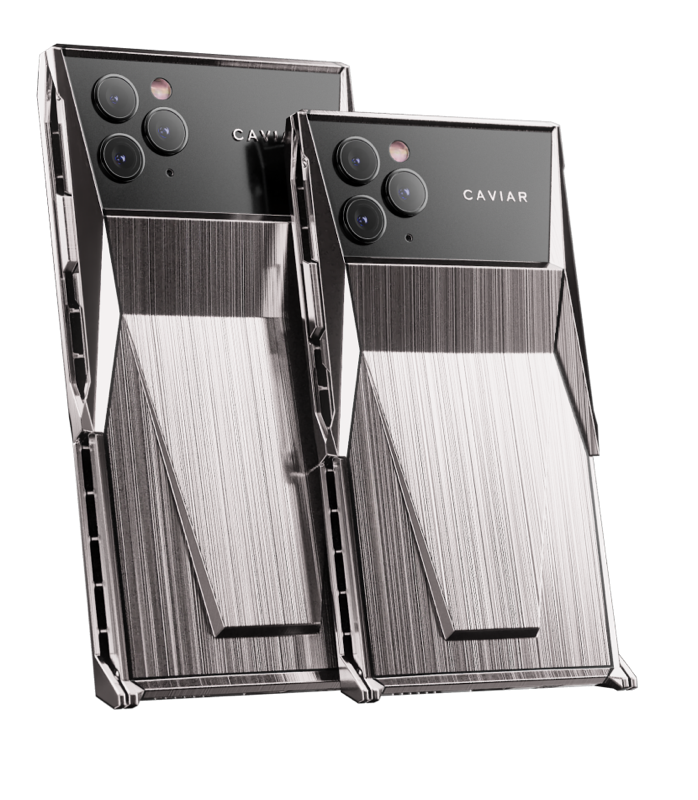 We see it every year: expensive, outlandish mods performed on Apple’s latest iPhones with an even larger price tag. The latest from Russian company Caviar is an over-the-top looking device called “Cyberphone”.

“The design of the smartphone is based on the concept of a new headline-making crossover model by Elon Musk. Caviar created a modified iPhone 11 Pro in the Tesla Cybertruck style: in the device, one can trace the deliberate geometry of lines, simplicity of forms and versatility of materials,” reads the company’s website.

The body of the phone is made with titanium plates all around and a front screen protector can fold down and act as a stand, when in portrait mode.

“The design of the body is inspired by the geometry of Tesla Cybertruck. At the same time, it is improved aesthetically. Accurate lines are explained not only by the functionality, but also create a visual component nice to look at,” says Caviar.

As for a price tag, the website says “price on request”, but according to Mashable, a 64GB ‘Cyberphone’ costs $5,256 USD and only 99 units will be in production (that’s it, I’m in for at least a couple of these at this bargain of a price).