Update 3: How to Unblock Access on 3’s 3G Network, via Blogsdna:

Call 333 from your phone on Threeâ€™s network and ask them to turn off your adult content filter.

@DinoD7: I can confirm that Cydia has not been blocked in the UK as of yet on Edge & 3G Networks (Tested)

Update 1: @darkmalloc reports the block is also in Wales and England too.

I saw mention of this last night, but didn’t think much of it. I thought it was a temporary glitch. Developer @stroughtonsmith mentioned Cydia had been blocked in Ireland by the carrier 3, as first reported by @0xMW.

Nah, carriers wouldn’t do that–right? Think again. Reports have started coming in that Cydia’s servers have been blocked by 3 UK/Ireland, and China Unicom. Cydia would not load over the 3G network. 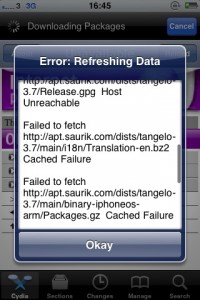 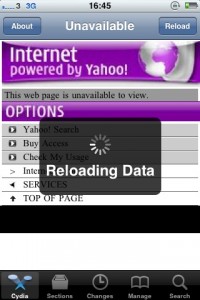 TUAW heard from a 3 representative that said:

“Cydia has been caught in this filter in error,”

Apparently 3 uses a third party to block objectionable content, and Cydia got caught in the mix. How does that happen?

What do you think? Would Canadian carriers ever dare to block Cydia? Possibly to prevent the use of apps like MyWi?