DACA is the ‘Biggest Issue of Our Time’, Says Tim Cook

Speaking out on the topic of immigration at a conference in New York, specifically in favor of “Dreamers”, Apple CEO Tim Cook said that DACA is the ‘biggest issue of our time’ (via Recode). For those who aren’t aware, Donald Trump is pushing the Congress to make a decision regarding DACA, an Obama-era program that protects thousands of people living in the U.S. who were brought to the country illegally as children. 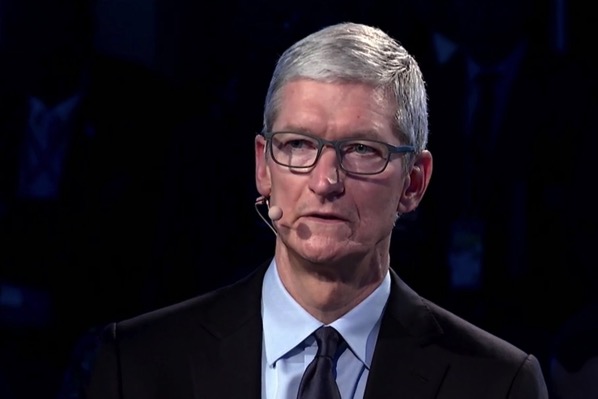 Any changes to the DACA program will also affect nearly 250 Apple employees in the U.S., to whom Cook has pledged full support in an email sent earlier this month, saying that Apple will work with members of Congress to advocate for a legislative solution that will continue to protect the children of immigrants.

Speaking on a panel with former New York City Mayor Michael Bloomberg at Bloomberg’s own global executive forum, Cook said that he and Apple are “pushing extremely hard on this”. Why? Cook says: “This goes to the values of being American. This is: ‘Are we human?’ ‘Are we acting in a track of morality?’”

“These people — if you haven’t met them — at Apple, we have many that came to the U.S. when they were 2 years old. They didn’t exactly make a decision to come. They came here — they only know our country. This is their home. They love America deeply. When you talk to them, I wish everyone in America loved America this much.

They have jobs, they pay taxes, they’re pillars of their communities. They’re incredible people. And so, to me, it would be like someone coming to Mike [Bloomberg] and saying, ‘Mike, I just found out, you aren’t really a citizen here, you need to leave.’

Apple CEO revealed that he had visited New York’s Ellis Island over the weekend to feel what it might have been like to be an immigrant arriving there from overseas.

After iOS 16.1 beta users discovered Adaptive Transparency enabled for the original AirPods Pro and AirPods Max, we’re now finding out this is actually a “bug”. That’s according to what Bloomberg’s Mark Gurman shared on Monday morning, citing the MacRumors report. “I’m told this is a bug,” said Gurman in his retweet. He later clarified the […]
Gary Ng
21 mins ago