Daisy is a robot introduced by Apple back in 2018, that disassembles its iPhone so that minerals can be recovered and reused. In a new video shared by YouTuber Sara Dietschy, we get a closer look at how carefully Daisy recycles the iPhones. 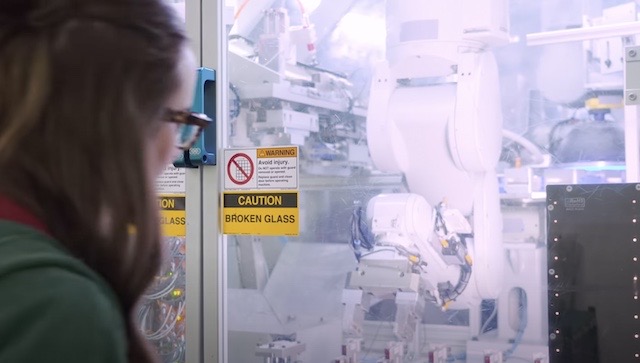 According to Apple, Daisy uses a four-step process to remove an iPhone battery with a blast of -80 degree Celsius (-112°F) air, and then pop out screws and modules, including the haptic module that makes a phone vibrate.

The components are then sent off to recyclers for the minerals to be extracted and refined. Daisy can tear apart 200 iPhones per hour.

Check out the video below to see Daisy in action and share your thoughts with us in the comments section.