Day One 2 for iOS and OS X Adds IFTTT Integration

Day One for iOS and OS X recently went through some big changes in an update to version 2.0, and it turns out that was only a fraction of what the company had planned for the app.

The most recent update to the app brings If This Than That (IFTTT) integration. Day One 2 now works with a ton of different services on IFTTT. Users can set it up to automatically save new Instagram photos, save Tweets, keep a record of any YouTube videos you like, and tons more. 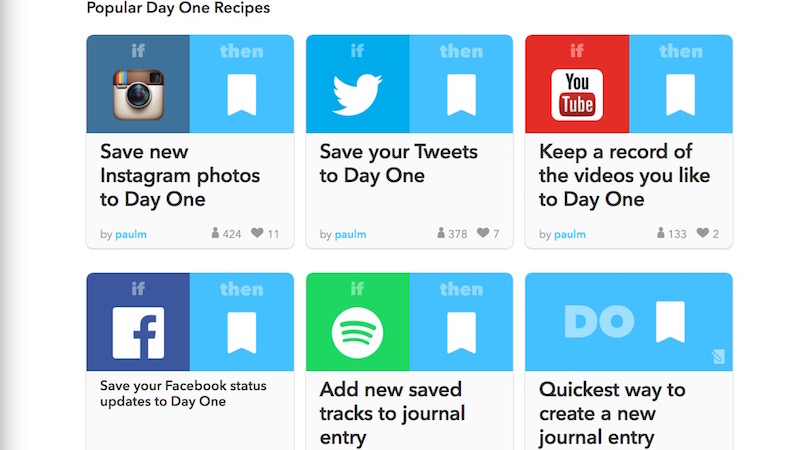 The nice thing about this update is that with Day One 2’s recent addition of multiple journals, users can now send all the data to a specific journal so it doesn’t crowd everything up.

If you use Day One to create and store your journal entries, IFTTT integration should be a fun way to automatically track all the stuff you do throughout the day.

[via Day One Blog]