The iPhone just saved SK Hynix Inc., the South Korean supplier of dynamic random access memory chips and flash memory chips. The world’s second-largest memory chipmaker, which has been flirting with insolvency for the past decade, is now on the right path to recovery, thanks to JP Morgan’s forecast of DRAM sales reaching a 19-year high this year, reports Bloomberg. 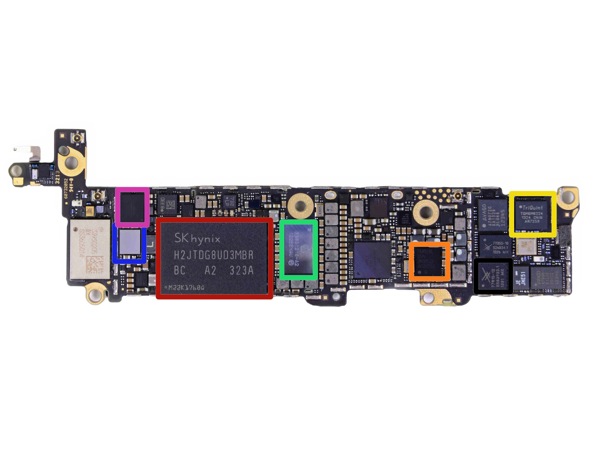 SK Hynix has about $2.4 billion of outstanding debt and hasn’t sold bold since September 2012, according to data compiled by the news outlet. Now, as Apple aims to distance itself from Samsung, Hynix sales could jump about 12%–13% this year, according to what a Macquarie Group analyst wrote last month.

“It’s been a dramatic change,” said Daniel Kim, a Seoul-based analyst at Macquarie Group Ltd. “This once famously fragile company is now strong, so it’s not surprising that yields are falling and the CDS is at record lows. It’s only a matter of time before Hynix will have a debt-free balance sheet.”

Considering that SK Hynix is one if the suppliers of mobile DRAM and flash memory used in iPhones and iPads, Apple’s focus on other suppliers comes as a relief to the Korean manufacturer. And to get an idea of the potential sales, Apple sold 43.7 million iPhones in the first calendar quarter, and Morgan Stanley’s AlphaWise tracker projects 39 million iPhone sales for the quarter ending this month.

Now considering that the average price of the benchmark DDR3 2-gigabit DRAM chip was $2.187 yesterday, up from $1.23 in January 2013, the aforementioned sales figures lay the ground for a strong 2014 for SK Hynix, thanks to the partnership with Apple.

In this week's edition of his Power On newsletter, Bloomberg's Mark Gurman reiterated that Apple is unlikely to hold another product launch event in October (via MacRumors). Back in August, Gurman originally reported that Apple could hold an iPad launch event in October after the tech giant delayed the release of iPadOS 16 to the same month....
Nehal Malik
8 hours ago

Supercell, a Finland-based game developer owned in large part by China's Tencent, launched an external store for in-app purchases back in June to circumvent Apple's and Google's infamous 30% commission on all transactions made through the App Store or Play Store, respectively. The Supercell Store launched with digital items for the popular mobile strategy game Clash...
Nehal Malik
13 hours ago