Yesterday, Patently Apple released an extensive look at the patents that have been published revolving around Siri, the most exciting feature from the iPhone 4S. The patents that Apple has filed make it clear that they have every intention to embed Siri into many more of their products including a rumoured yet to be released HDTV. 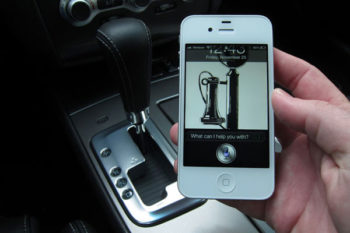 The information seems to point to some Siri in-vehicle uses and possibilities for it to act as an instructor when combined with future devices.

Forget using a manual – as Siri will simply teach us what we’ll want to know about our new devices when we’re ready to ask it a question about a new function or feature.

The post is extremely detailed and points out that Apple has been working with the concept for quite some time, citing the well-known 1987 Apple “Knowledge Navigator” concept video. The article shares some of the more complex and impressive elements of Siri such as automation, the ability to carry on a conversation.

Also detailed is her impressive comprehension of context and intelligent memory capabilities which could refer to and, presumably, add to a user’s personal profile information and historical data.

The piece is an interesting read if you have any interest in the future of the leading personal assistant voice technology, and what Apple could bring with Siri in the future.