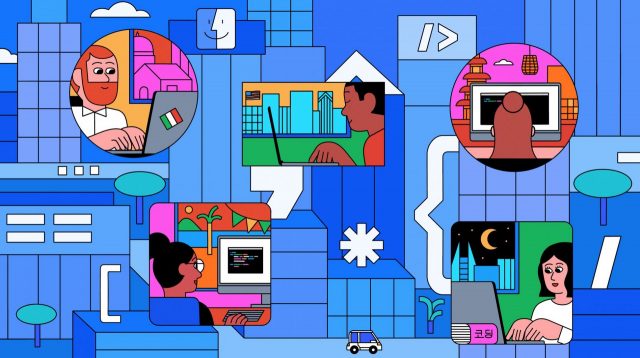 In a new press release, Apple today announced that it is opening new developer academies in Detroit and Korea. The move to Michigan will be the first time such an academy has landed on United States soil.

The Detroit expansion marks the first time the Developer Academy, launched in 2013, has been available to people in the United States. That’s in stark contrast to Apple’s normal rollout trajectory — whereby things launch in the US, then gradually become available elsewhere.

The first Apple Developer Academy opened in Brazil in 2013, with the goal of providing the tools and training for aspiring entrepreneurs, developers, and designers to find and create jobs in the thriving iOS app economy. Since then, the company has opened more than a dozen academies across the world with two more on the way.

The Apple Developer Academy offers two distinct training programs. One program is a 30-day foundational course that serves as an introduction to app development as a possible career path, while the second is a 10-12 month academy program diving more deeply into coding and other associated skills. Admission is free, but you’ll need to apply and be accepted to do so.

Our Apple Developer Academies have helped empower thousands of creators, coders and entrepreneurs around the world with skills for the jobs of tomorrow. Excited to see how future students will pursue their dreams! https://t.co/m1XZhnh8kY

Applications for the first academy cohort in Detroit open this week via a form on the Michigan State University website. All Michigan residents aged 18 and over are able to apply, regardless of prior coding experience.