A couple of weeks back, app-analytics firm Apptopia reported that the Disney+ app for iOS and Android was downloaded an estimated 15.5 million times in its first two weeks and today, the firm is reporting that it has now surpassed 22 million downloads and is averaging 9.5 million daily active mobile users (via CNBC). 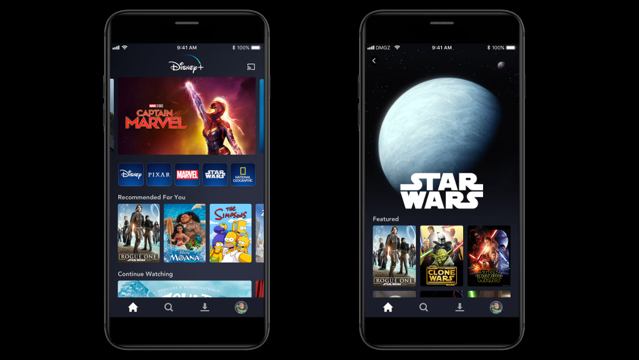 Apptopia, which only measures mobile downloads and usage and does not include usage on devices like smart TVs, Roku boxes, Apple TV, or desktop web browsers, notes that it does not have information on how many of those downloads come from free trials.

The firm says it measures mobile app downloads by connecting its data analytics tools to over 250,000 apps and then combines that data with publicly available information to estimate the number of downloads.

Apptopia reports that the discounted bundle that includes Disney+, Hulu and ESPN+ for $12.99 per month has boosted new installs of those apps as well. Roku has also been boosted. Apptopia reports that “we believe Roku is seeing more engagement due to people watching a lot of Disney+.”

Disney has only rolled out the Disney+ in four countries outside the U.S., and about 85% of Disney+ downloads and daily users are in the U.S., according to Apptopia.

Despite the strong start, however, Apptopia says Disney+ doesn’t seem to be hurting mobile traffic to rival streaming apps.