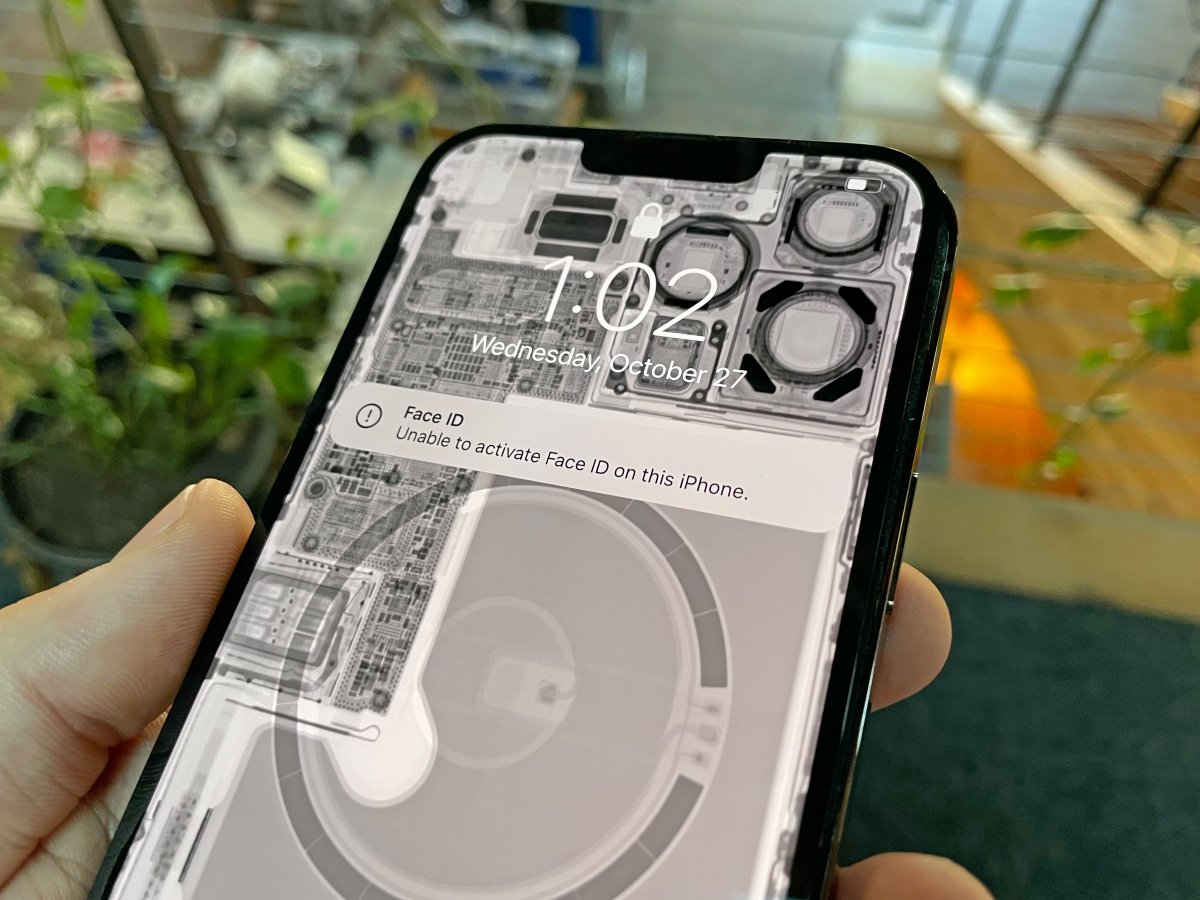 Popular repair and teardown platform iFixit says Apple has taken yet another step towards crippling third-party repair work for its devices with the iPhone 13 lineup.

According to the repair experts, iPhone 13 series phones completely disable Face ID functionality when you replace the screen, even if the replacement screen is another original iPhone 13 display.

The iPhone 13’s display is paired to its logic board by a tiny microprocessor embedded in the screen, in a process known as “serialization.” That’s right — in the middle of an ongoing global silicon shortage, Apple has added yet another chip to devices for no purpose other than to prevent the same customers who pay a premium for its iPhones from servicing their phone themselves, or getting it serviced from any repair technician of their choosing.

Apple does not provide a way for Joe Repairman to bind a replacement screen to an iPhone. The only way to do that is for an Apple-certified repair technician with access to Apple Services Toolkit 2 to log the repair on Apple’s cloud servers, and the serial numbers of the iPhone and replacement screen will be synced once Apple reviews and approves the repair.

Repair experts have found a workaround — physically moving the soldered serialization chip from the original screen onto the replacement, but that’s expensive, takes a lot longer, and requires a microscope, microsoldering tools, and training.

The situation “is likely the strongest case yet for right to repair laws,” says iFixit. Understandably, DIY tinkerers and repair specialists all over are in an uproar.

Read more about how the expensive workaround for screen replacement works and why both consumers and the repair industry need to push back against this change over at iFixit.

The Canadian Radio-television and Telecommunications Commission, the country’s broadcasting and telecommunications regulator, announced on Monday morning its website and phone lines are down for the count, in what appears to be an unscheduled outage. “Please note that our website, its related applications and phone lines are temporarily unavailable, we will update you as soon as […]
Gary Ng
19 mins ago