Drone maker DJI unveiled a new mini drone today, called the Spark, which weighs less than a can of pop (300 grams/10.6 ounces) and can fly with hand gestures or controlled via an app on your iPhone. 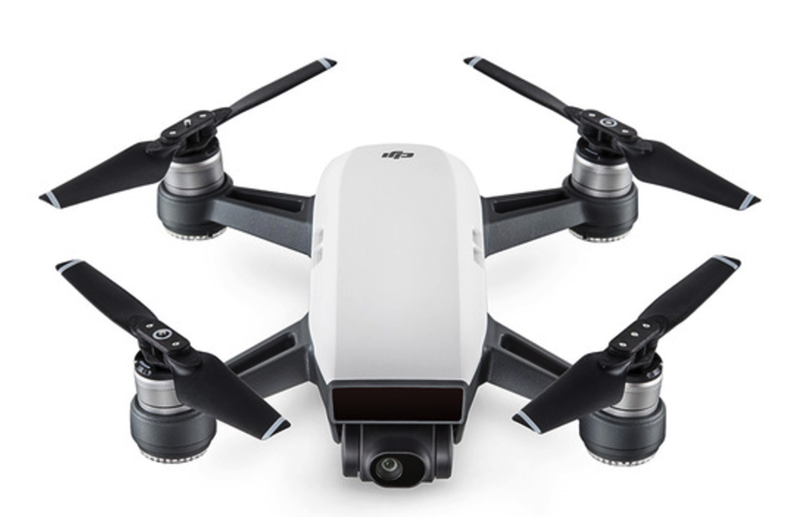 Included are preset QuickShot Intelligent Flight Modes, to make for easy professional clips and videos. Flight times are at 16 minutes (battery recharged by microUSB), while the Spark will be able to record clips at 1080p or take 12MP stills, plus has a two-axis gimbal to stabilize videos.

“Controlling a camera drone with hand movements alone is a major step towards making aerial technology an intuitive part of everyone’s daily life, from work and adventure to moments with friends and family,” said Paul Pan, Senior Product Manager at DJI. “Spark’s revolutionary new interface lets you effortlessly extend your point of view to the air, making it easier than ever to capture and share the world from new perspectives.”

TechCrunch attended the DJI event and said there’s even a selfie mode, which will trigger a photo when you smile and cross your arms.

Check out the video below by MKBHD, as he went hands-on with the drone and compared to its larger brother, the Mavic:

Another video of the Spark and how small it is can be seen below, in Casey Neistat’s video:

Pricing for the DJI Spark is $499 USD and pre-orders are available today.