Updating firmware on the Omna 180 was very easy. A push notification within the Omna iOS app alerts you a firmware upgrade is available, and all you have to do is tap ‘Upgrade Now’. 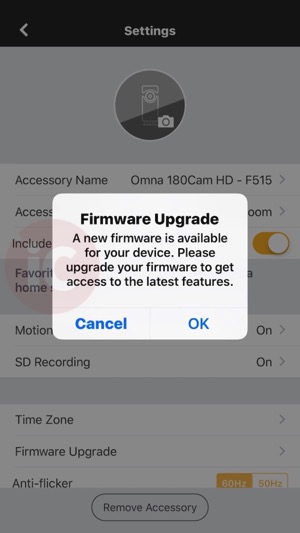 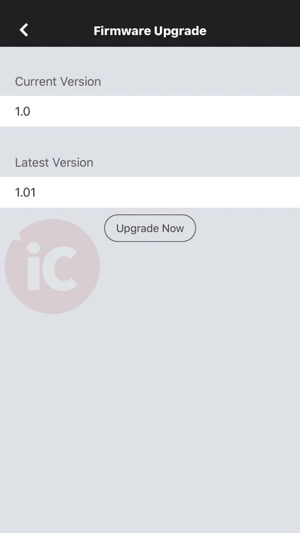 The firmware upgrade downloads over-the-air, then installs to the camera, then after it will reboot automatically: 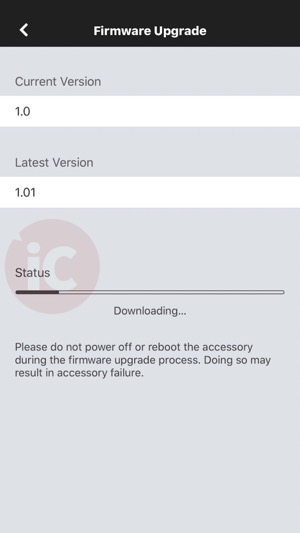 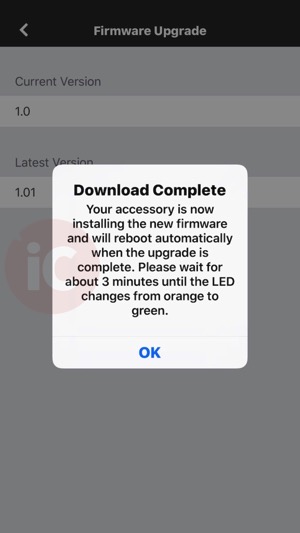 According to D-Link in an email to iPhone in Canada, this update “Fixed flicker issue caused by 50Hz/60Hz power frequency.” Users of the Omna 180 now have an option to choose between 50Hz and 60Hz in the Omna app’s settings.