Doctors are Using iPhones to Speed Up Trauma Care

Doctors at Cedars-Sinai Medical Center Los Angeles are using an in-house iPhone app with a text-messaging feature, that allows them to communicate with one another and swarm in from various parts of the hospital before a trauma patient arrives, Canada.com reports. The app displays a patient’s vitals and blasts out the information to the trauma team as members are assembling. 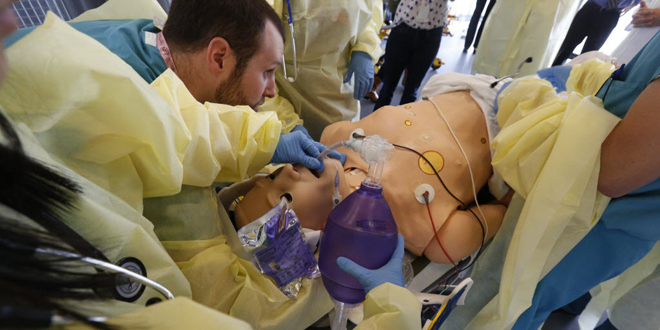 Typically, doctors don’t know vitals until a nurse puts them down on a whiteboard. This is where apps can be helpful, allowing medical teams to “know the information en route so they’re not coming in cold”, said Pam Jeffries, a professor at the Johns Hopkins University School of Nursing. Cedars-Sinai surgeon-in-chief Dr. Bruce Gewertz explained that it is too early to determine how much it would cost if the app was part of routine care, though he believes it’ll be relatively inexpensive, involving the cost of the phones and a monthly license fee for protected data storage.

Armed with a $4 million grant from the Defence Department, doctors and nurses at Cedars-Sinai have been testing ways to improve trauma care by running simulations at the newly opened lab that oozes tech startup. “This is a place for experimentation,” surgeon-in-chief Dr. Bruce Gewertz said.

Most of the time, researchers found, delays in care were caused by a lack of communication and logistical hurdles. The goal is to get everyone on the same page during the “golden hour,” a concept borrowed from military medicine when time is of the essence.

This kind of technology will surely help doctors, residents and nurses reach the emergency room already knowing what to expect by glancing at their smartphones, before a trauma victim arrives.