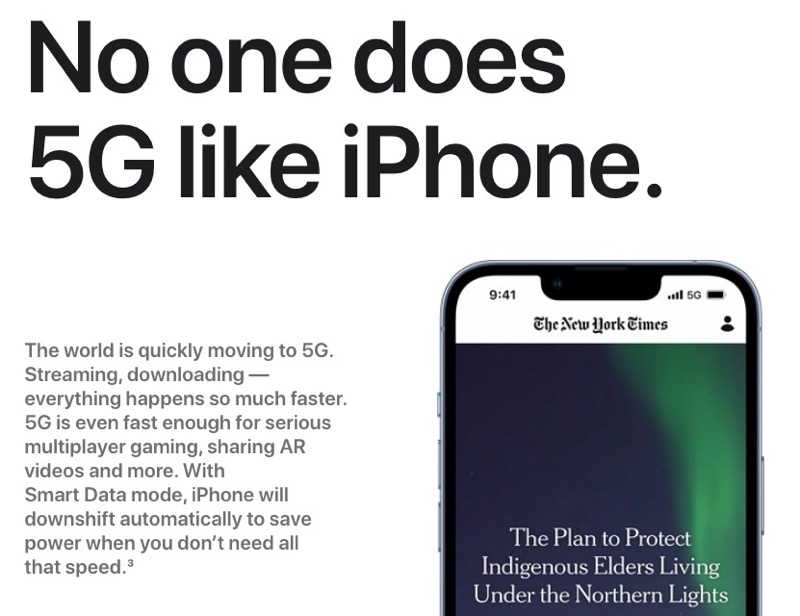 Does Apple’s iPhone 13 lineup support mmWave 5G in Canada? The answer is the same as last year with the iPhone 12—a big fat ‘nope’.

Just what the heck is mmWave 5G? Also known as millimetre-wave, it refers to high frequency bands in the range of 24 GHz to 100 GHz (but they can extend up to 300 GHz), which can offer higher bandwidth in urban areas due to its shorter wavelengths.

Below are some use cases for mmWave 5G, as explained by Qualcomm: 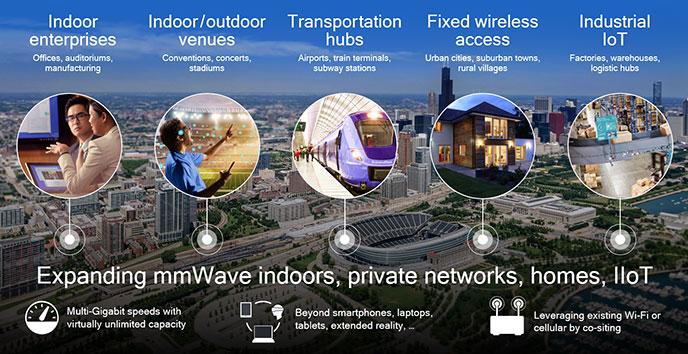 But for iPhone 13 Pro (Model A2636) and iPhone 13 Pro Max (Model A2641) made for Canada (and Guam, Japan, Mexico, Puerto Rico, Saudi Arabia and the U.S. Virgin Islands), these mmWave 5G bands are notably absent from the list: 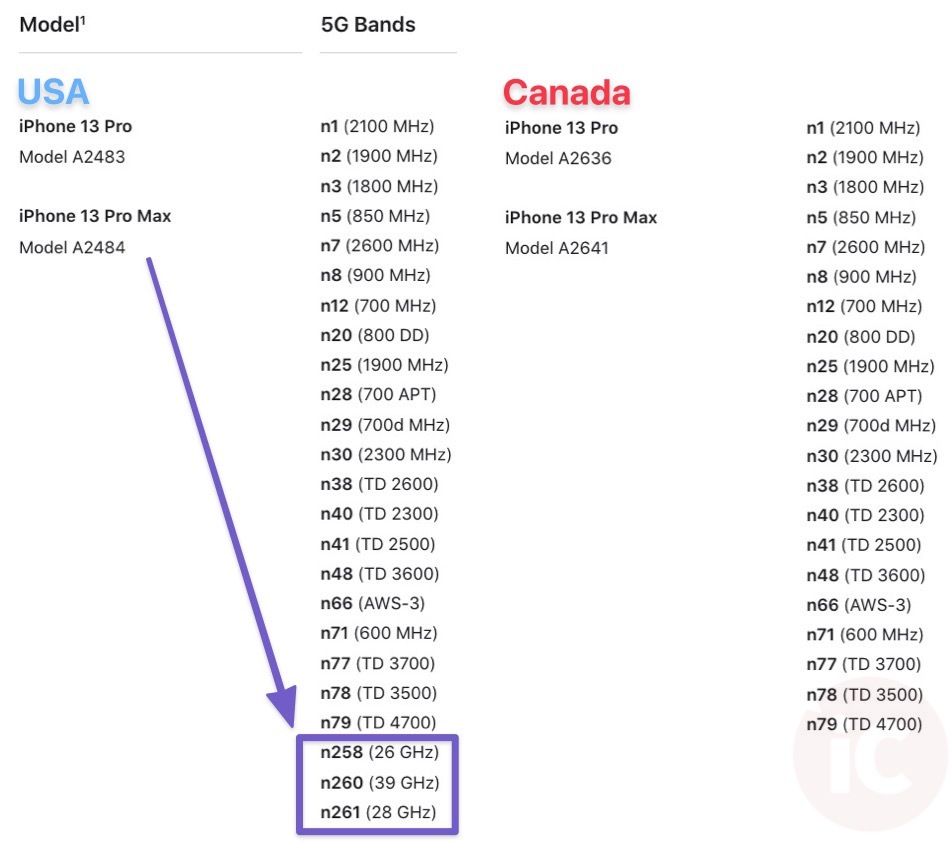 It’s not exactly surprising in Canada, as we don’t even have 3500 MHz 5G bands up and running yet. The federal government’s 3500 MHz 5G spectrum auction just only recently completed, with Canada’s incumbents spending big for these next-generation airwaves.

Last year, PCMag Lead Analyst, Sascha Segan, one of the foremost experts on cellular spectrum and testing (he drives across Canada annually to test 4G/5G download speeds), said 5G on the iPhone 12 wasn’t going to be a game-changer yet, due to the lack of 5G networks running on the 3500 MHz spectrum, or n78 band.

Fast forward less than a year later, Segan has more to share about iPhone 13 and 5G and mmWave.

“Millimetre-wave adds some cost to devices, so it’s probably only being offered where carriers demand it. ISED hasn’t even auctioned mmWave in Canada yet, so Apple and the carriers probably decided it wasn’t worth the extra cost,” said Segan in an interview with iPhone in Canada.

As for the upcoming 3500 MHz spectrum? “The new [iPhones] support band n77, which includes the 3500MHz frequencies the carriers just spent billions on, as well as the 3800MHz frequencies being auctioned in 2023 – that’s where the real 5G action will be in Canada,” added Segan.

So while we continue to wait for “true” 5G in Canada, you can rest assured your iPhone 12 and iPhone 13 devices are future-proof, specifically when it comes to the 3500 MHz 5G band.

If you want 5G network access today, you’ll have to pay for it through a specific ‘unlimited’ data plan from Canada’s biggest carriers. Given the desire for ‘real’ 5G, you may want to hold off, if you’re still working from home (you’ll also save a few bucks).

Apple has highlighted its built-in accessibility features across iPhone, iPad and Apple Watch, in a new video shared this morning titled, ‘The Greatest’, showing how its software features offer new tools for those with disabilities. “At Apple, we believe accessibility is a human right. Innovative features like Door Detection, Sound Recognition, Voice Control, and more […]
Gary Ng
48 mins ago