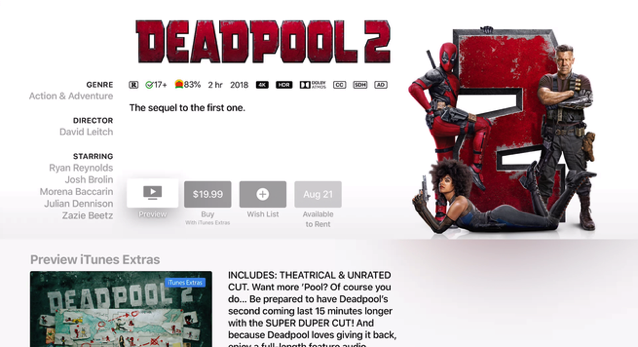 When tvOS 12 rolls out, the Apple TV 4K will become the only streaming media box to work with both Dolby Vision high dynamic range (HDR) picture quality and Dolby Atmos immersive sound.

A quick Siri search for “Show me movies with Dolby Atmos” responds with a listing of movies that Siri says “will sound great in Dolby Atmos” as well, although you’ll need to open each title in iTunes Movies and not other apps to use Dolby Atmos compatibility.