Dominance Of iOS Over Web Marketshare Surpasses 65% In June

Latest NetMarketShare report for mobile, browsers, operating systems, search engines and social media reveals that the dominance of iOS over web marketshare has continued in June and has now surpassed 65%, which is an almost 15% increase year-over-year as noted by 9to5Mac. In contrast, Android currently sits at 20%, with the dying BlackBerry just under 2%. It is believed that huge sales of iOS devices, particularly the iPhone 4S, is responsible for Apple’s 15% increase year-over-year, a device that saw a great start in Apple’s fiscal Q1 by selling a record 37 million devices. 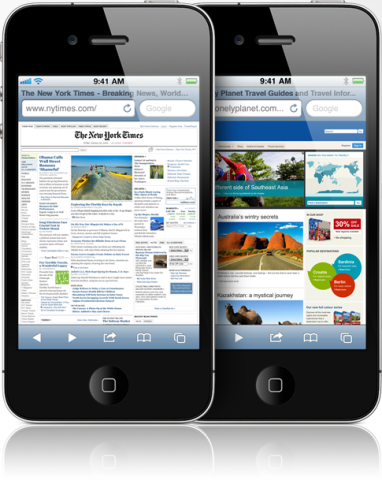 It is also being speculated that we might see an even bigger jump as iOS 6 and the launch of the new iPhone come later this fall. Detailing from the source:

It is no secret that Apple’s Internet browser offering, Safari, is one of the best and easiest mobile browsers to use. I do not care what any Mozilla engineer has to say. It is fast and sleek, and it gets the simple, daily browsing done.

These high iOS numbers are being credited mostly to the fact that iOS users browse a lot more comfortably as compared to other devices. Even the recently introduced Google Chrome on both iOS and Android is unlikely to make that big of an impact on Safari’s web dominance.