Double The Size Of Your iPhone’s Dock With ‘DoubleDock’ [Cydia]

A new jailbreak tweak has just hit the Cydia store called DoubleDock. As the name suggests, the tweak lets you have a double dock on your jailbroken iPhone or iPod touch’s homescreen. When you download and install the tweak, another row will be added to your dock. This will also increase your dock application limit from 4 to 10 i.e each row can accommodate up to 5 icons. The tweak is not compatible with Infinidock and Five Icons Dock tweaks at the moment. 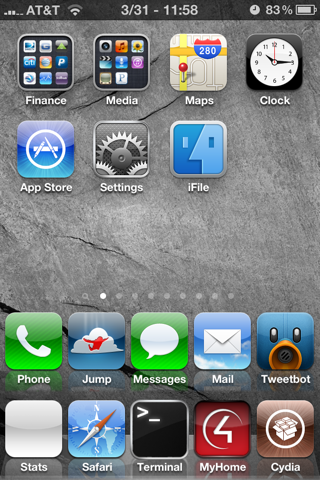 Not compatible with iPad, a version coming soon will support it

Double the size of your dock! Have two rows instead of one.

DoubleDock gives you easier access to your applications. Have 10 icons in your dock without scrolling.

DoubleDock is not currently compatible with Infinidock or Five Icon Dock.

You can download DoubleDock for $0.99 via the BigBoss repo.

According to a report from Bloomberg's Mark Gurman, Apple is parting ways with its Vice President of Procurement, Tony Blevins, after the latter was filmed making an inappropriate joke in a viral TikTok video. Blevins was one of Apple's top supply chain executives and one of Tim Cook's most effective cost cutters. Most recently, he worked...
Nehal Malik
20 mins ago