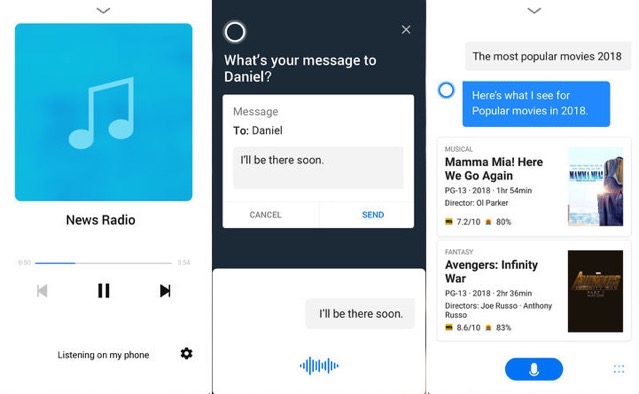 Last month, Microsoft rolled out Cortana 3.0, a revamped version of its voice assistant in beta for iOS and Android and today, the company has released it to all iOS users as a free download in the App Store (via The Verge).

The redesigned app brings a number of improvements, including an updated UI that lets you have “conversational experiences” with the voice assistant, as well as music and podcast support across both the phone and connected Bluetooth devices.

With Cortana 3.0, users can join Skype or Teams meetings, as well as access their calendar, meetings, emails, reminders, and to-dos.

“The interface appears to have changed a lot since the beta that we saw last month. Rather than being organized into three tabs, the final version of the update has just a single tab called “Upcoming,” which shows an outline of your day. Additional features such as reminders or lists are available from a slide-in menu from the right. Overall, it’s a much cleaner update than last year’s version 2.6.”

You can grab the free update using the following App Store link.