Just over a week ago, the highly anticipated Edge browser for Mac was leaked as an unstable beta during Microsoft’s Build conference but today, the company has officially announced support for the daily Canary builds of Edge for Mac computers running macOS 10.12 and above (via The Verge). 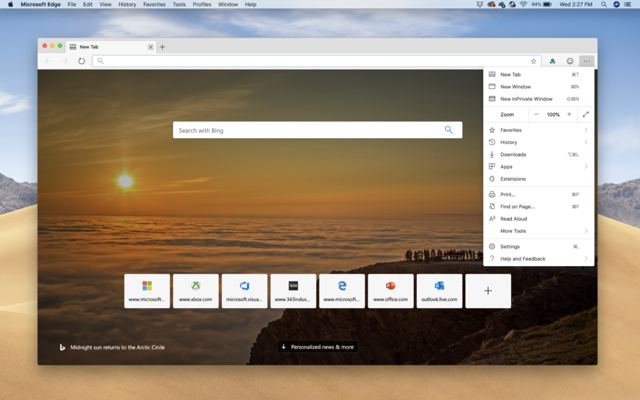 According to Microsoft’s blog post, Edge for macOS will offer the same new browsing experience that is being previewed on Windows, with user experience optimizations “to make it feel at home on a Mac.”

Microsoft has been working to support Mac keyboard shortcuts, and the company is also adding in Touch Bar support, with options for media control sliders and the ability to switch tabs from the Touch Bar. Similarly, rounded corners for tabs are also available in the macOS version of Edge:

We are tailoring the overall look and feel to match what macOS users expect from apps on this platform.

Microsoft says the Dev Channel will be released very soon, and once available, users will be able to download and install it side-by-side with the Canary Channel.

In the meantime, head over to this link to download the preview of Edge for Mac.