Traffic and navigation app Waze has just released a new limited-edition Cat & Dog theme, including new voices and more. Drivers can change their Waze car icon and hop in the Meow Mobile or Woof Wagon to guide them on their way. 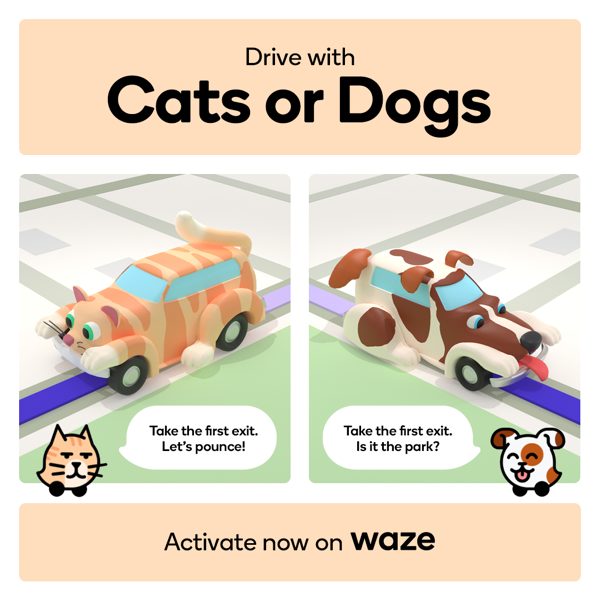 The Cat & Dog Waze theme allows drives to express their pet preference by choosing a Cat or Dog mood to show others on the road how they’re outsmarting traffic.

Drivers who want to hang out with a dog that’s feeling upbeat, excited, but with a tendency to get distracted or a cat that’s feeling skeptical, irreverent and a little neurotic can now do so by activating this theme.

“We’re so excited to bring Waze’s very own Cat & Dog theme to our users around the world,” said Erin Bellsey, Head of Brand Programs, Waze. “People often define themselves as a cat or dog person, so we wanted to put this to the test and see which moods and personality traits our drivers choose to embody. Our creative team had a blast concepting this, and we can’t wait to see which furry friend our users identify with most!”