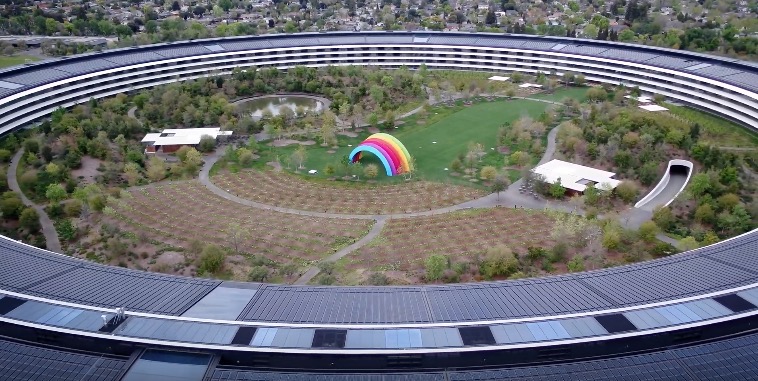 Apple’s headquarters in Cupertino, California, has closed due to the COVID-19 pandemic and a recent flyover of the site by drone pilot, Duncan Sinfield, shows an empty campus, as all employees have been encouraged to work from home.

Earlier this month, Apple CEO Tim Cook told employees at offices to work from home due to the spread of coronavirus. Apple Park, located in Santa Clara County, is part of a shelter-in-place mandate which launched last week, set to be in place for at least 21 days. There’s a ban on non-essential gatherings, travel and more.

The result is Apple’s headquarters looking like a ghost town shown in a video by Sinfield, known previously for his drone footage of the Apple Park site from start to finish.

Nearly a year ago, a Jony-Ive designed rainbow stage (representing colours from the original Mac) was constructed within the centre of Apple Park and can be clearly seen in the video. The stage held an employee event last May to celebrate the official opening of Apple Park and also paid tribute to late company co-founder Steve Jobs, who came up with the concept for the ‘space ship’ headquarters.