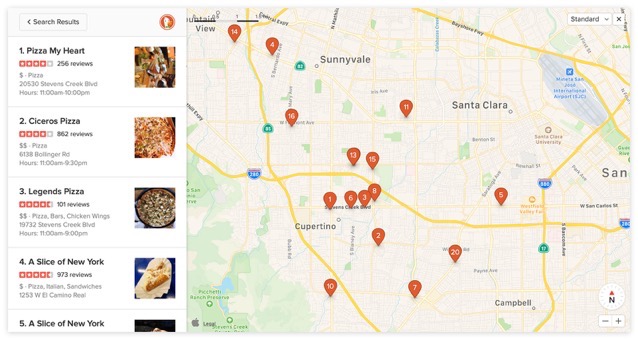 DuckDuckGo, which has become one of the first companies to use Apple’s MapKit JS framework, says the integration will offer users “a valuable combination of mapping and privacy”.

According to the company, it does not send any personally identifiable information such as IP address to Apple or other third parties and even discards any location information it receives from users’ browsers for local searches immediately.

“At DuckDuckGo, we believe getting the privacy you deserve online should be as simple as closing the blinds. Naturally, our strict privacy policy of not collecting or sharing any personal information extends to this integration.

You are still anonymous when you perform map and address-related searches on DuckDuckGo. We’re excited to work closely with Apple to set a new standard of trust online, and we hope you’ll enjoy this update.”

Apple Maps are now available both embedded within DuckDuckGo’s private search results for relevant queries, as well as from the “Maps” tab on any search result page. You can give it a try by searching for an address here.