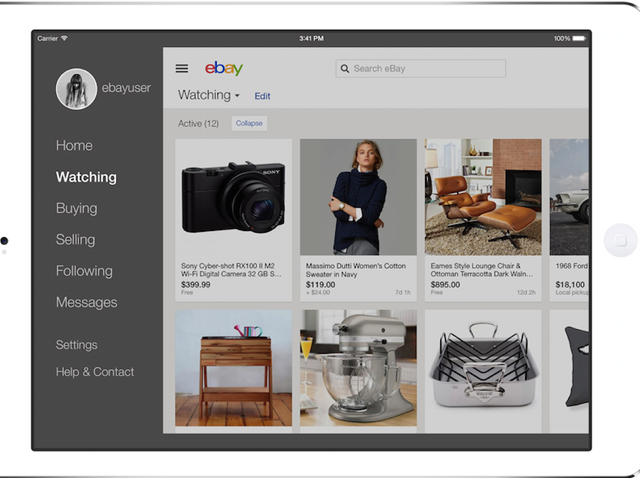 eBay users have trashed the company’s redesigned iPad app over the last few days, as the revamped app forces shoppers to browse through products they have little interest in, Re/Code is reporting. The updated eBay app, which went live in the App store earlier this week, has already received more than 2100 user reviews and has an average rating of one and a half stars only, as opposed to previous version’s rating of four stars.

The complaints come from both the buyer and seller sides. This review sums up a lot of what people are complaining about:

“[I]t’s as if the thing has been purposely designed to make it as hard as possible for a buyer to find and watch those items that really interests him, or for a seller to see the status of his various listings.

“Before, we had a robust tool for searching, watching, bidding, and selling. Now, we have a lightweight, SkyMall-like e-catalog designed for aimless browsing and impulse buying. If you liked the old eBay app, you’ll hate this new one.”

RJ Pittman, eBay’s product head and an Apple veteran, told the source that the redesign was supposed to launch in the new year, but “positive results from an internal beta test persuaded him to push the launch” ahead into this year. He believes that the redesign was meant to help shoppers “discover the hidden gems that often go overlooked” inside eBay’s 800-million product catalogue.

It is believed that the eBay’s iPad app redesign is aimed, in part, at increasing the differentiation between eBay and Amazon, which has become the default destination for online product searches.

What are your thoughts on the redesigned eBay app for iPad?