Apple’s new holiday commercial released today, features Edmonton, the capital of Alberta, as a snowy backdrop for the TV ad seen by people all over the world. The ad titled ‘Misunderstood’ features the company’s flagship iPhone 5S capturing and sharing holiday memories in the form of a video shared over AirPlay (via CBC News). 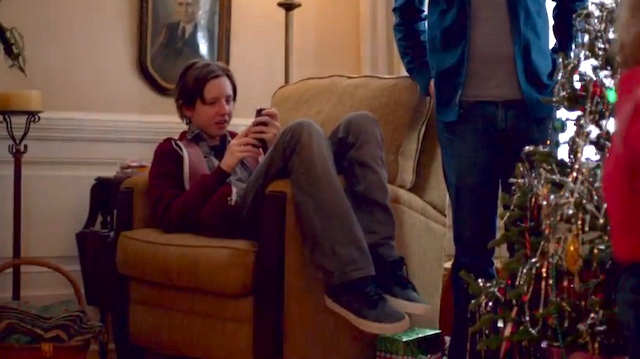 The 90-second ad shot on Ada Boluvard in Highlands, follows a teenager who has his eyes glued to his iPhone 5S while the rest of the family enjoys the holidays. The song “Have Yourself A Merry Little Christmas” plays in the background. The video footage is then played back to the family over AirPlay, with “Happy Holidays” displayed at the end of the video.

Check out the new commercial above and tell us what you think.