The Edmonton Transit System’s (ETS) lost-and-found room has too many cellphones gathering dust it has launched a campaign urging the public to come claim them, reports CBC News.

Jennifer Laraway, communications advisor with ETS, says there are about four cellphones turned in every day to customer service, with an annual rate of 600 phones left on buses and LRT cars. 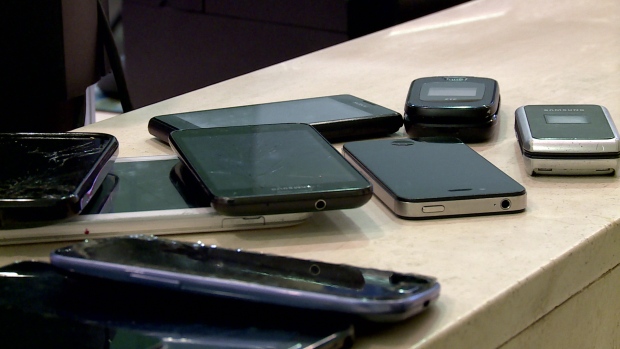 Layaway says the company wants to do its part and let people know their lost phone isn’t gone forever, saying “Come and pick it up, or at least check in with us and see if we have it.”

For smartphones that aren’t passcode locked (tsk, tsk), ETS will attempt to call numbers on the device to locate the owner and usually start with “Mom and Dad” in the contacts.

To claim your lost phone, ETS says to call customer service at 780-496-1622 and be able to identify your device, by detailing specifics, such as a case, colour, or unique scratch. Phones unclaimed within 30 days are securely destroyed. Go save your precious, precious iPhone, now!