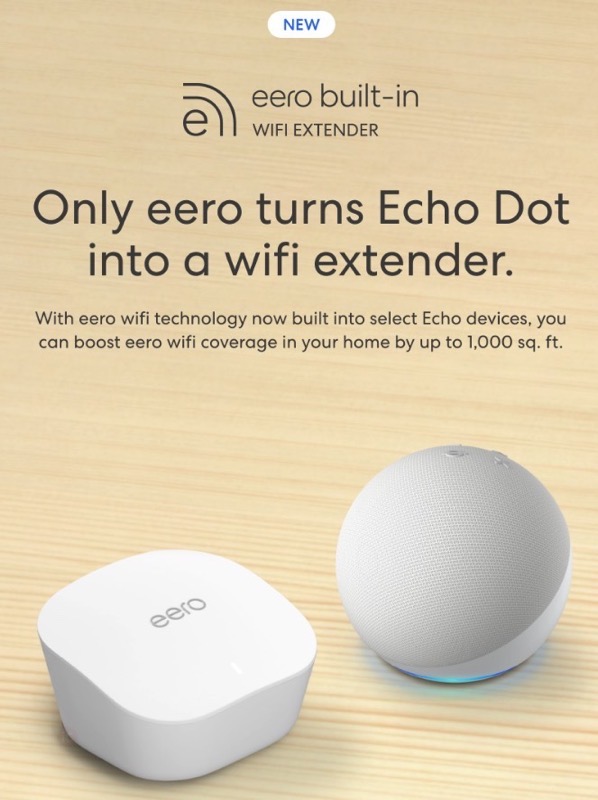 Amazon’s eero has notified customers via email on Monday that its Built-in mesh wifi technology is now available for select Echo speakers.

Back in September, eero announced an expansion of its Built-in feature was coming to devices beyond Ring Alarm Pro and landing on Echo speakers powered by Alexa.

The newest Echo Dot (5th gen) and Echo Dot with Clock (5th gen) and Echo (4th Gen) gained eero Built-in on October 20, with the latter obtaining the feature through an over-the-air software update. These are the first Amazon Echo devices to now serve as mesh wifi extenders, expanding coverage to up to 1,000 square feet and with speeds up to 100 Mbps to your existing eero network.