U.S. Senator Confirms She Wants to Break Up Apple in Interview 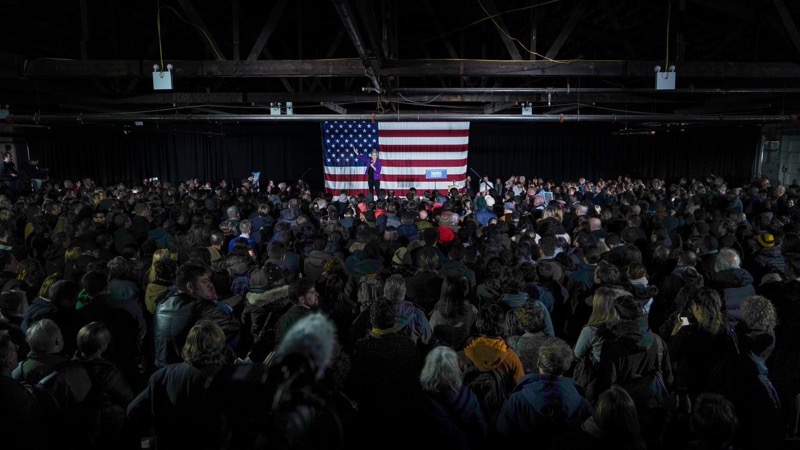 U.S. Senator and Democratic presidential hopeful Elizabeth Warren has confirmed she would also try to break up Apple, if elected into the White House in 2020.

Yesterday, Warren made headlines when she vowed to dismantle big tech companies such as Amazon, Google and Facebook, for their monopoly on consumer information and also unwind previous acquisitions by these industry giants.

Now, speaking at SWSX, Warren has explicitly confirmed she would also lump Apple into the list of big tech she wants to break up, in an interview with The Verge’s Nilay Patel.

“Apple, you’ve got to break it apart from their App Store,” Warren told Patel. “It’s got to be one or the other. Either they run the platform or they play in the store. They don’t get to do both at the same time. So it’s the same notion.”

When asked why she didn’t mention Apple in her original letter, Warren said “no special reason.”

Patel explained the App Store is how Apple keeps the iPhone secure by approving apps. What would she propose for Apple to distribute apps if the App Store did not exist? Warren did not have any specific solution but said:

Well, are they in competition with others who are developing the products? That’s the problem all the way through this, and it’s it’s what you have to keep looking for.

If you run a platform where others come to sell, then you don’t get to sell your own items on the platform because you have two comparative advantages. One, you’ve sucked up information about every buyer and every seller before you’ve made a decision about what you’re going to sell. And second, you have the capacity — because you run the platform — to prefer your product over anyone else’s product. It gives an enormous comparative advantage to the platform.

Warren further explained, “These big companies exert enormous influence in the economy and in Washington, DC. We break them apart, that backs up the influence a little bit, and it makes absolutely sure that they’re not engaged in these unfair practices that stomp out every little business that’s trying to get a start, every startup that’s trying to get in there.”

America has a long tradition of breaking up companies when they’ve become too dominant . Our country needs stronger antitrust enforcement, and we need it now. #BreakUpBigTech https://t.co/rer5IPaXy7

The Samsung Galaxy S23 series may be launching in early February. Leaks suggest that, unlike last year, Samsung's new lineup of flagship smartphones could make their debut during the traditional window of time. According to a report from Korean news outlet Korea JoongAng Daily (via The Verge), the latest entry in the Samsung Galaxy line...
Steve Vegvari
59 mins ago