In a recent blog post, U.S. Senator Elizabeth Warren, who is vying to take on President Donald Trump in the 2020 election, has vowed that in order to promote competition in the tech sector, she will break up Amazon, Google, and Facebook if elected president, Reuters is reporting. 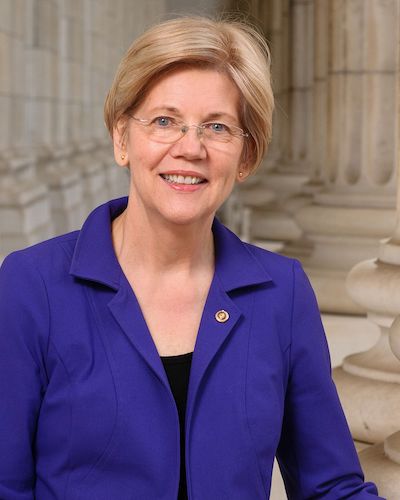 Sen. Warren says that on their way to the top, the big tech companies purchased a long list of potential competitors, like Facebook’s acquisition of Instagram.

She added that she would nominate regulators who would unwind acquisitions such as Facebook’s deals for WhatsApp and Instagram, Amazon’s deals for Whole Foods and Zappos, and Google’s purchases of Waze, Nest, and DoubleClick:


“They’ve bulldozed competition, used our private information for profit, and tilted the playing field against everyone else. And in the process, they have hurt small businesses and stifled innovation,” Warren wrote.

Investors, however, shrugged off her comments with shares in the three companies barely affected. Experts say that even if she gets elected, such a proposal would face multiple obstacles in Congress and the courts.

It must be noted that tech companies are also some of the biggest political donors, with Google spending $21 million to lobby in 2018, while Amazon and Facebook spending $14.2 million and $12.62 million respectively.