TED 2017 was held in Vancouver and on Friday, April 28, Tesla CEO Elon Musk sat down for a 40-minute interview with TED’s Head Curator, Chris Anderson. 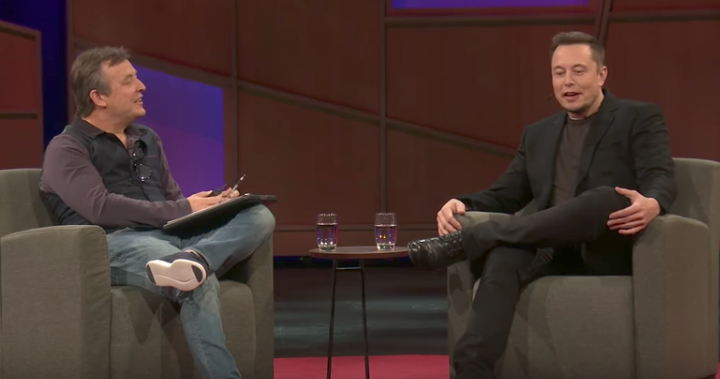 The full interview was uploaded two days later, and you can watch the serial entrepreneur’s TED interview below, discussing digging tunnels under LA, Hyperloop, Tesla, SpaceX and his vision for the future:

Musk is also the CEO of SpaceX, where just today they again successfully launched and landed the Falcon 9 rocket (still boggles my mind this is possible).

Close-up of rocket stage separation, fast flip, boostback burn in a ring of fire and then… https://t.co/RM8kDgazVX

Split screen shot of Falcon 9 first stage as it returns to Earth and lands at Landing Zone 1. pic.twitter.com/5hlwTOTGKa