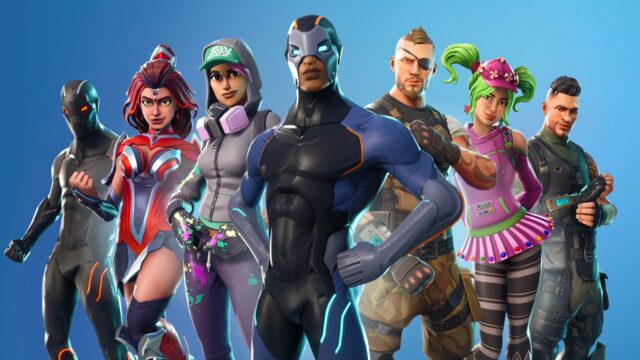 Epic Games is being charged more than half a billion USD in relief by the Federal Trade Commission (FTC).

As announced by the FTC, the Fortnite creator and publisher are being forced to pay $520 million USD as part of allegations in which Epic Games is found to have violated the Children’s Online Privacy Protection Act (COPPA). The FTC believed Epic Games has “deployed design tricks” in order to get millions of players to accidentally and unintentionally make purchases within Fornite.

The FTC ruling sees Epic Games involved in two record-breaking settlements as part of its investigation. First is a federal court order made on behalf of the FTC, filed by the Department of Justice. As a result, Epic must pay $275 million USD for violating the COPPA rule. The FTC reports that this is the largest penalty ever obtained for violating a commission rule.

The FTC sees Epic Games in violation of the COPPA rule for collecting personal information from players under the age of 13 in Fortnite. The collection of data comes “without notifying their parents or obtaining their parent’s verifiable consent.” Additionally, Fortnite and other titles under Epic Games employ live on-by-default text and voice communications. The publisher is being forced to adopt “strong privacy default settings” for children and teens. This ensures text and voice communications are off by default within their games.

The FTC accuses Epic Games of using dark patterns within their games, tricking players into purchasing in-game items and cosmetics by using “counterintuitive, inconsistent, and confusing button configurations.” In an example brought up, players may have used in-game V-bucks accidentally when waking the game up from sleep mode, while in a loading screen or by pressing an adjacent button when previewing an item.

Epic Games allowed children to purchase V-bucks without parental consent until 2018 when parental complaints began flooding in. The FTC alleges that Epic Games locked the accounts of those that disputed unauthorized charges made on their credit card. These customers would then lose access to their accounts, and all purchased content. In some cases, this amounted to over $1,000 of value on an account. In some cases, customers were notified that they would be banned for life if they disputed any further charges after Epic Games agreed to unlock their account.

No developer creates a game with the intention of ending up here,” Epic Games said in a statement. “The laws have not changed, but their application has evolved and long-standing industry practices are no longer enough. We accepted this agreement because we want Epic to be at the forefront of consumer protection and provide the best experience for our players.”

Epic Games highlights new payment and refund features in Fortnite. This includes a hold-to-purchase mechanic for all in-game purchases. The company has introduced an updated chargeback policy. Plus, Epic Games is supporting a new save payment information system, which explicitly says “yes” or “no” for customers.