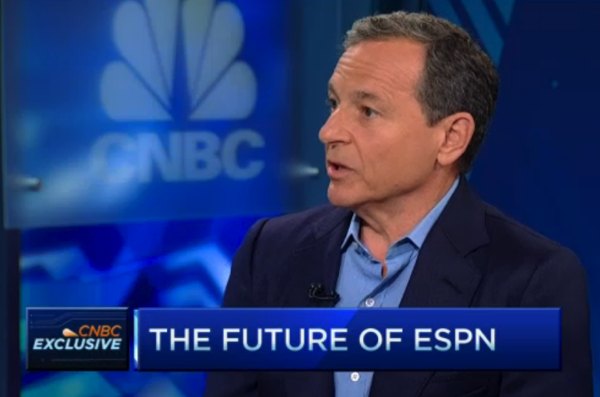 Bob Iger, the CEO of Walt Disney, has said in a recent interview with CNBC, that he sees ESPN as “a media property that could be eventually sold directly to consumers”, similar to HBO, even though he doesn’t see it happening in the next five years or so. “If we end up seeing more erosion in the so-called multichannel bundle, quality will win out,” he said, while referring to cable and satellite TV subscription options.

“While the business model may face challenges over the next few years, long term for ESPN … they’ll be fine. They have pricing leverage, too,” Iger said. “Disney [Channel] is another … brand and product that could be sold directly to the customer.”

Technology is the most disruptive force that so-called traditional media … is facing,” he said. “[But] we decided to view technology as a friend, not a foe,” he continued.

Iger also said that Disney uses technology to bring better customer experiences across all of its businesses, from making media look crisper on HD televisions to mobile and online viewing apps to enhanced attractions at theme parks.