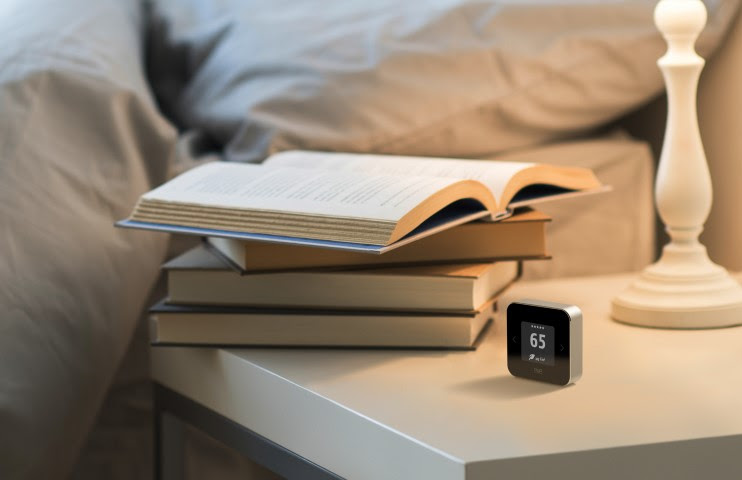 According to a new report from CNET, the new device, which was first unveiled at CES in January, is set to launch on September 12. The Eve Room 2, compatible with Apple’s HomeKit platform, measures air quality, temperature, and humidity in whatever room it is placed.

The original Eve Room sensor, first released in 2015, also worked with HomeKit and measured temperature, humidity, and air quality, but it used a larger plastic design and ran on disposable batteries. The new Eve Room 2, however, has a much smaller design footprint and includes a built-in rechargeable battery. It also features a brand-new customizable e-ink display that displays data.

The device also features a new energy-efficient mode, which turns on automatically when the battery is low, showing only the current temperature and humidity.

“After the first, highly successful generation of Eve Room, this new version raises the bar even higher,” says Markus Fest, Managing Director of Eve Systems. “No other air quality sensor offers this level of accuracy, design quality, and energy efficiency.”

The device supports Apple’s HomeKit platform, along with the Home app, Siri, and the Eve Systems’ Eve app. Since Eve Room uses Bluetooth LE it doesn’t need a special hub, although you will need an Apple TV or HomePod for remove access, just like other HomeKit-compatible devices.

Eve Room ships September 12th and is available to order now for $99.95 USD.