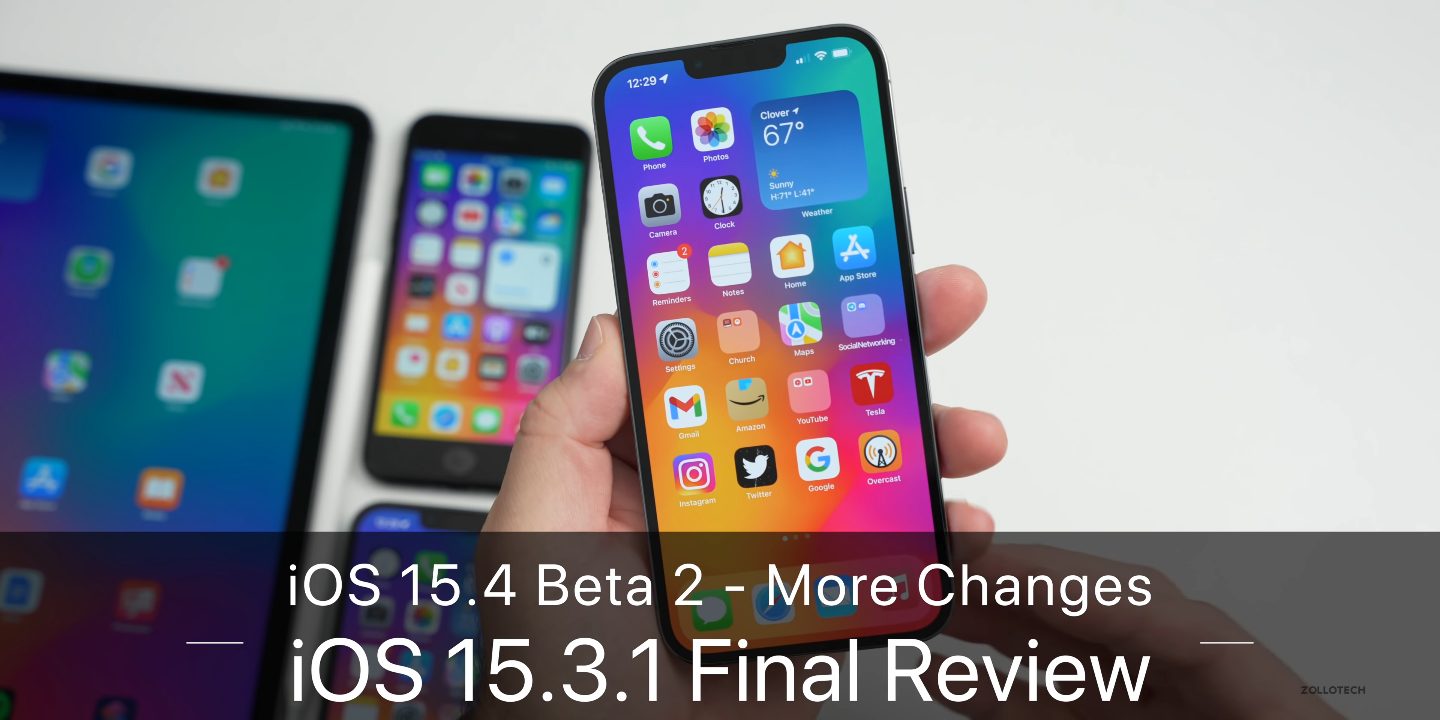 Earlier this week, Apple started rolling out iOS 15.3.1 to the public and iOS 15.4 beta 2 to public beta testers.

Tech YouTuber Zollotech walked us through some of the changes in iOS 15.4 beta 2 when it dropped, but has since found a few more and rounds them up in a recently published YouTube video. The changes include:

iOS 15.4 beta 2 appears to be much more stable than the first beta. However, a bug that causes Apple Music to use unusually high amounts of CPU and battery when streaming audio still persists.

The YouTuber also shared his detailed impressions of iOS 15.3.1, which was an incremental firmware update focusing mainly on security improvements. Unfortunately, many users running iOS 15.3.1 are reporting heat issues (on older iPhones), Apple CarPlay issues, and drops in cellular connectivity.

According to some users, a bug that causes Storage information in Settings to take longer to load and often display incorrect storage figures, which has been plaguing iPhones and iPads since Apple released iOS 15, also still exists on both iOS 15.3.1 and iOS 15.4 beta 2.

Check out Zollotech‘s full video above.

Citing unnamed sources and internal documents, CNBC is reporting that Google is testing new AI-powered chat products to compete with OpenAI’s ChatGPT. Google is said to be testing a ChatGPT-like chatbot called 'Apprentice Bard,’ which uses the company's LaMDA technology. The said chatbot is being tested by Google employees, who ask the bot questions and receive...
Usman Qureshi
17 mins ago

According to a report by Semafor, Microsoft's Bing search engine will incorporate a faster, richer version of ChatGPT called 'GPT-4' into its product in the coming weeks. Citing people familiar with the matter, the source says the latest update of ChatGPT software responds much faster than the current version. The sources also say that GPT-4 offers replies...
Usman Qureshi
41 mins ago

Popular note-taking app Notability has just introduced a new Pencil feature, bringing the most paper-like sketching experience to digital notetakers. This marks the app’s first time releasing a tool that enables users to style their ink strokes, add texture, and change colours after writing without any pixelation. The Pencil tool makes drawing in Notability feel just...
Usman Qureshi
60 mins ago