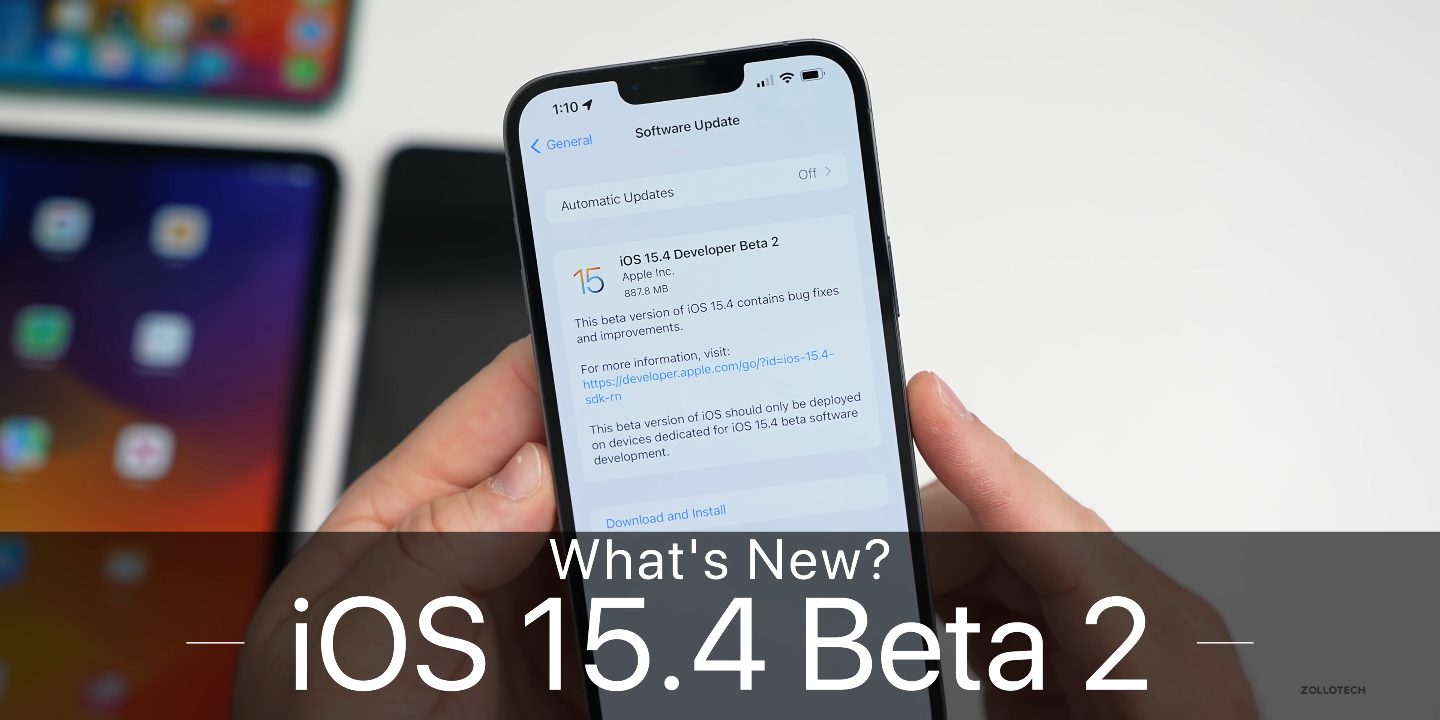 Apple started rolling out iOS 15.4 beta 2 to both developers and public beta testers on Tuesday, along with the second beta builds for the rest of its platforms.

In a recent YouTube video, Zollotech breaks down all of the new features and changes in iOS 15.4 beta 2.

The changes start with a modem firmware update, and some of the most significant additions/improvements in this beta build include:

iOS 15.4 beta 2 fixes a known issue with verifying iCloud+ custom email domains, and delays experienced while adding a digital health certificate in the Health app have also been resolved.

There are a total of 15 known issues/bugs in iOS 15.4 beta 2. While performance is good, the beta is not as stable as one would like in some areas. The YouTuber also reported some unusual battery consumption.